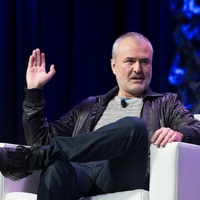 Nick Denton net worth: Nick Denton is a British journalist and Internet entrepreneur who has a net worth of -$10 million. Nick Denton was born on August 24, 1966 in Hampstead, United Kingdom. The Oxford-educated Internet entrepreneur got his start freelancing for British newspapers in Eastern Europe in the early '90s before landing a job at the Financial Times. In 2002, he founded Gawker Media with two blogs, Gawker.com and gadget hub Gizmodo.com. The conglomerate now spans eight blogs and is worth hundreds of millions of dollars. Nick was once featured in a Vanity Fair photo-shoot and was the subject of a feature article in The New Yorker. In 2010 Denton published an anonymous kiss-and-tell piece entitled I Had a One-Night Stand with Christine O'Donnell, causing ire among left-leaning feminists. The sensational headline was also not true, even from the writer's stance, since according to the writer, O'Donnell only slept naked with the anonymous writer and did not have sex with him. The National Organization for Women condemned the piece as slut-shaming. On January 16, 2014, the New York Post reported, "Gawker Media founder Nick Denton is getting married to his partner of just over a year, actor Derrence Washington, on May 31st at the Hayden Planetarium at the American Museum of Natural History." Denton and Washington were in fact married on May 31st and wedding guests were led into the museum's Hayden Planetarium for a 40-minute trip through the stars. Nuptials were punctuated with readings from Frank "Dune" Herbert and Carl Sagan—sending guests home with a reminder of the vastness of the universe (and the magnitude of love)—all part of the (dramatic) plan.

In March 2016, a Florida jury ordered Gawker to pay Hulk Hogan $140 million in damages as part of a lawsuit related to a sex tape that featured Hogan. The website claimed that posting the video was protected by free speech because it was newsworthy. Hogan claimed that the tape was filmed without his permission by hidden cameras. Denton was held to be personally liable for at least $10 million of the judgment. Perhaps more if the judgment is upheld and Gawker as a company can't afford to pay the majority.

On August 1st, 2016, Nick Denton filed for personal bankruptcy. In the filing he listed his only assets as his 30% stake in Gawker and his NYC apartment. He valued both at as much $50 million, but potentially much less. He listed his liabilities at as much as $150 million.