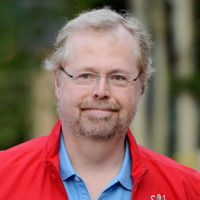 Nathan Myhrvold net worth: Nathan Myhrvold is an American Businessman who has a net worth of $800 million. Nathan Myhrvold has earned his net worth from his former position as the Chief Technology Officer (CTO) at Microsoft. He is the co-founder of Intellectual Ventures. Myhrvold currently holds 17 U.S. patents, most with co-inventors that are assigned to Microsoft. In addition Myhrvold and his co-inventors have 115 U.S. patents under the company, The Invention Science Fund I, LLC, in total he has applied for over 500 patents to date. Nathan was born in Seattle, Washington on August 3, 1959. As a child, he studied at the Los Angeles based Mirman School for the Gifted. He then went to UCLA and studied Mathematics, geophysics, and space physics, where he was awarded a Fellowship for graduate study by the Hertz Foundation and chose to attend Princeton. He started college at the of 14. At Princeton he earned a master's degree in mathematical economics and also a PhD in theoretical and mathematical physics. Myhrvold studied with Stephen Hawking at the University of Cambridge, where he held a postdoctoral fellowship for one year. This pair of geniuses studied cosmology, quantum field theory in curved space time and quantum theories of gravitation.

Myhrvold also attended Santa Monica College, and co-founded an Oakland, California based computer start-up company called Dynamical Systems Research Inc. The purpose of DSR was to produce Mondrian, a clone of IBM's Top View multitasking environment for DOS. DSR was purchased by the Microsoft in 1986. During his 13 years working at Microsoft, Nathan founded Microsoft Research. In 2000 Myhrvold co-founded Intellectual Ventures. Intellectual Venture is a patent portfolio developer and broker in the areas of technology and energy. Today the company has acquired over 30,000 patents. Some of the business practices performed by IV have caused some controversy, being described by some as a patent troll company.

Myhrvold, who is also a prize-winning nature and wildlife photographer, is a member of the USA Science and engineering Festival's Advisory Board. In 2010 he was named to the list of the 100 top global thinkers by Foreign Policy magazine. Myhrvold was directly involved with paleontological research on expeditions with the Museum of the Rockies. His work has been published in many top scientific journals such as Science, Nature and Paleobiology. He is a master French chief, and a first and second winner of the barbecue championships in Memphis, Tennessee. Myhrvold released in March 2011 on the application of scientific research principles and new techniques and technology to cooking.