How much is Meyer Lansky Worth?

Meyer Lansky net worth: Meyer Lansky was an American organized crime figure who had a net worth of $600 million dollars at the time of his death, after adjusting for inflation. When he died, the FBI believed that he left over $300 million in hidden bank accounts, but the money was never found.

Meyer Suchowljansky was born in Grodno (formerly in Russian Empire) in July 1902 and passed away in January 1983. He is known for being the "Mob's Accountant" and developing the "National Crime Syndicate" in the U.S. Lansky immigrated to the United States in 1911 and lived in Manhattan, New York. As a teen he met Bugsy Siegel and became friends. The two formed a partnership along with Lucky Luciano. Lansky helped organize the 1931 murders of Mafia bosses Salvatore Maranzano and Joe Masseria. Lansky's life was saved several times by Siegel. The pair managed the Bugs and Meyer Mob. Lansky established gambling operations in New Orleans, Florida, and Cuba. In 1931 he transferred his illegal earnings to a Swiss bank account and was later protected through the 1934 Swiss Banking Act. He even bought his own bank in Switzerland. He was involved with Siegel with the Flamingo casino in Las Vegas. In 1952 Lansky offered Cuban President Carlos Prio Socarras a bribe of $250,000. Lansky fled to Israel in 1970 to escape federal tax evasion charges. He was brought back two years later and acquitted in 1974. Lansky was never found guilty of anything more serious than illegal gambling charges. Meyer Lansky passed away on January 15, 1983 at 60 years old. He left behind his wife and three children. The character Hyman Roth in The Godfather Part II was based on Lansky. 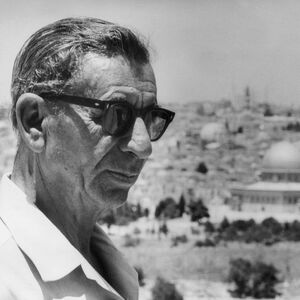