Max Mosley Net Worth: Max Mosley was an English Formula One race car driver and businessman who had a net worth of $16 million at the time of his death in May 2021. Max Mosley was born April 13, 1940 in London, England as the son of Sir Oswald Mosley, who was a Labor minister, and a Member of Parliament for both the Conservative and Labor parties in the 1920s. While he was at University Mosley attended a motor race and found himself drawn to the sport. At the national level in the UK, Mosley competed in over 40 races in 1966 and 1967; he won 12 and set several class lap records. In 1968, he formed the London Racing Team in partnership with driver Chris Lambert to compete in European Formula Two, which at that time was the level of racing just below Formula One. It was a dangerous time to race. Early in the year, Mosley competed in the 1968 Deutschland Trophäe, the Formula Two race at Hockenheim. Mosley's best result that year was an eighth place at a non-championship race at Monza. In 1969, after two large accidents in his Lotus car, Mosley decided to retire from driving. Mosley is also former president of the Fédération Internationale de l'Automobile (FIA), a non-profit association that represents the interests of motoring organizations and car users worldwide. Max Mosley died on May 23, 2021 at the age of 81. 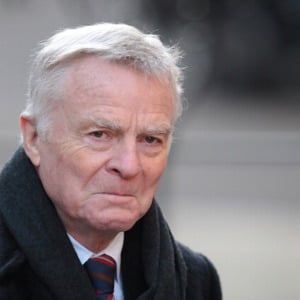