Max Levchin Net Worth: Max Levchin is a Ukrainian-born computer scientist and internet entrepreneur who has a net worth of $2 billion dollars. Max first became widely known as one of the co-founders (along with Elon Musk and Peter Thiel) of PayPal, where he served as Chief Technology Officer. More recently he founded and serves as CEO of Affirm, an online lender. Thanks primarily to his roughly 27.5 million shares in Affirm, Max achieved billionaire status in January 2021.

Max Levchin was born July 11, 1975 in Kiev, Ukraine. Levchin founded Fieldlink in 1998 with John Bernard Powers and Peter Thiel. After changing the company name to Confinity, they developed a popular payment product known as PayPal. After a merger with X.com, the combined entity was renamed PayPal, Inc. In 2004, he helped start Yelp, an online social networking and review service. He is their largest shareholder, owning more than 7 million shares as of 2012. He has served as Yelp's Board of Director's as Chairman since Yelp's founding (July 2004). In late 2011, Levchin started HVF (Hard, Valuable and Fun) intended to explore and fund projects and companies in the area of leveraging data, such as data from analog sensors. In early 2012, Affirm was spun out of HVF, with the goal of building the next generation credit network. In 2013, HVF launched Glow, an infertility app that helps couples conceive naturally. In December 2012, Max joined Yahoo's Board of Directors. He was an executive producer for the movie Thank You for Smoking. Levchin was also featured in "Brilliant Issue" of Portfolio by Condé Nast Publications. 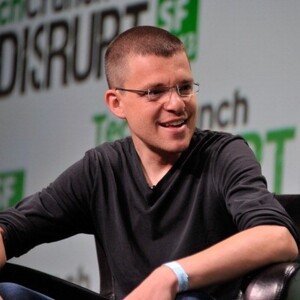