How much is Massimo Moratti Worth?

Massimo Moratti Net Worth – Massimo Moratti is an Italian oil tycoon and businessman who has a net worth of $1.5 billion dollars. Born in Bosco Chiesanuova, Italy, in 1945, Massimo Moratti was born into a well-to-do Italian family. His father was the President of Internazionale Milno and his sister-in-law was Milan's mayor for five years, though he ultimately campaigned against her in 2011 when she lost the mayorship. Moratti attended Libera Universita Internazionale degli Studi Sociali Guido Carli. He became a well known figure in petroleum refining company Saras when his father died and left his shares to Moratti, and he eventually became the business' CEO. Moratti also owns a company that works to produce electricity from oil's waste products. He assumed the presidency of Internazionale in 1995 and the club went on to enjoy incredible success, winning five Scudetti/Serie A, four Coppa Italia, a UEFA Champions League and a UEFA Cup. He was made an honorary chairman in late 2013 after International Sports Capital bought a 70-percent stake in the club and elected Erick Thohir as the new president. Moratti is married to his wife, environmentalist Emilia Bossi Moratti, and has five children. He serves as a United Nations Goodwill Ambassador for his charitable efforts. 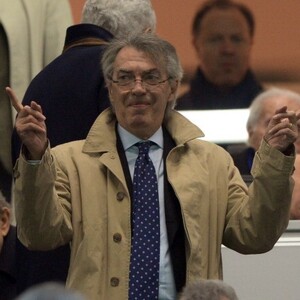