How much is Marty Cooper Worth?

Marty Cooper net worth: Marty Cooper is an American businessman and entrepreneur who has a net worth of $600 million dollars. Martin Cooper was born in Chicago, Illinois in December 1928. He graduated from the Illinois Institute of Technology in 1950 and enlisted in the U.S. Naval Reserves. After serving in the Korean War he earned his Master's degree from the same university. He first worked at Teletype Corporation and then joined Motorola, Inc. He worked as a senior development engineer in mobile equipment. He developed the first cellular portable handheld police radio system. In 1973 he conceived the first portable cellular phone for Motorola. He has eleven patents and is as innovator in the area of radio spectrum management. He is known as the father of the cell phone and is the first person to make a phone call in public on a handheld cellular phone. He co-founded Cellular Business Systems, Inc., Dyna LLC, GreatCall, Inc, and Arraycomm. He formulated the Law of Spectral Efficiency which is known as Cooper's Law. Cooper has appeared in a commercial for Mazda. He has received numerous awards including the 2013 Marconi Prize. He is on the committees for the Federal Communications Commission and the United States Department of Commerce. He is business partners with his wife Arlene, who is known as the first lady of wireless. 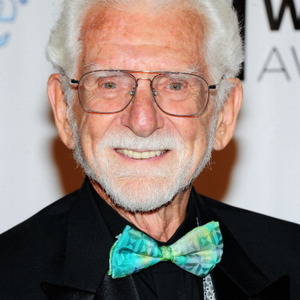