Mark Attanasio Net Worth: Mark Attanasio is an American businessman and sports team owner who has a net worth of $700 million. Mark Attanasio was born September 28, 1957 in The Bronx, New York City, New York. In September of 2004, he reached a deal, on behalf of an investment group, to purchase the Brewers from the family of Major League Baseball (MLB) commissioner Bud Selig for $200 million.

The deal was approved by MLB at the owners' winter meeting on January 13, 2005 and Attanasio became an owner of the Milwaukee Brewers. He is also a senior executive with the money management firms TCW/Crescent Mezzanine and Trust Company of the West. Attanasio graduated from Brown University with a B.A. in 1979 and received his J.D. from Columbia Law School in 1982. He founded the Dallas investment firm Crescent Capital Partners in 1991, which was later bought by Trust Company of the West in 1995. In 2001, Attanasio joined the board of directors at the telecommunications firm Global Crossing, which subsequently filed for bankruptcy in January 2002. Along with Brewers Assistant General Manager Gord Ash and former pitcher Ben Sheets, Attanasio is also a part-owner of the Milwaukee Admirals. Mark is the brother of television writer Paul Attanasio and his eldest son Dan and his band Pan Am have performed at Summerfest 2008 in Milwaukee, Wisconsin. Mark Attanasio was a major sponsor of the widely acclaimed Andy Warhol exhibition at the Milwaukee Art Museum. He recently signed an extension with Brewers' General Manager Doug Melvin (through 2014) and manager Ron Roenicke (through 2012) with a club option of 2015. 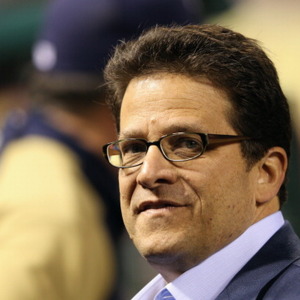