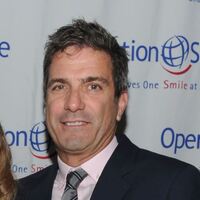 Mario Singer Net Worth: Mario Singer is an American businessman and former reality TV star who has a net worth of $18 million dollars. Mario Singer is notable for being the ex-husband of The Real Housewives of New York City cast member, Ramona Singer. He was also featured on the show since the first season of the reality series.

Mario and Ramona have one daughter, Avery, who has also appeared on the show since the first season. Mario has had multiple disagreements with other Real Housewives of New York City cast members and their husbands. He ruffled the feathers of Jill Zarin in earlier seasons and has recently been engaged in a feud with cast member LuAnn de Lesseps. Mario also used to write a blog about the show and its cast members for BravoTV. He was born in 1954 in Southampton, New York. He is the Vice President of Classic Medallics (a manufacturer of awards, trophies, and religious jewelry) and Frederick Singer & Sons. Mario also co-founded True Faith Jewelry, in 2005, with Ramona. True Faith Jewelry specializes in religious jewelry such as rosaries, baptism accoutrements, as well as secular items such as military and Celtic-themed pieces. Mario and Ramona were married for 27 years and had a vow renewal on an earlier season of The Real Housewives of New York City. The couple eventually separated due to Mario's infidelity and Ramona filed for divorce. They were officially married from 1992 to 2015.