Mara Brock Akil is an American television writer and producer, who has a net worth of $8 million. Mara Brock Akil has earned her net worth as the writer of South Central in 1999 a critically acclaimed but short-lived series on the Fox Network. Also in 1999 she was the supervising producer and writer on The Jamie Foxx Show, she also served as the writer of Moesha for four seasons.

Akil and Kelsey Grammer co-created and executively produced Girlfriends a UPN television series, Akil is also responsible for creating and producing the show's spinoff series The Game. Mara who is Muslim American was born on May 27, 1970 in Los Angeles, California, however she was raised in Kansas City. In 1998 she graduated from Raytown South High School, and then she earned a bachelor's degree in journalism from Northwestern University where she was a member of the Delta Sigma Theta sorority. She has been married to television director Salim Akil since 1999; they have two sons and are practicing Sufi Muslims. Mara is the sister of American television and film actress Kara Brock. Akil has won the 2005 BET Comedy Award for Outstanding Writing for the Comedy Series Girlfriends, and she was nominated in 2007 for the NAACP Image Award also for Outstanding Writing in a Comedy Series Girlfriend. One of her most recent accomplishments was in 2009 where she became a consulting producer and writer for the ABC suburban sitcom Cougar Town. 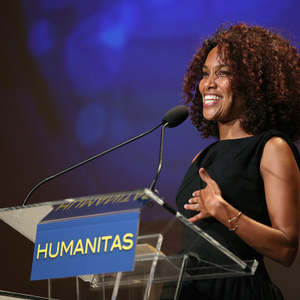