What is Linus Torvalds' Net Worth and Salary?

Linus Torvalds is a Finnish software engineer who has a net worth of $50 million. Torvalds is probably best known for developing the Linux kernel which today powers billions of mobile phones via the Android operating system, in addition to the corporate computers of companies like Amazon, eBay, Google and PayPal. The word "Linux" is a stylized version of his first name. He is known as Linux's "benevolent dictator for life". He oversees and has final say over every line of code to this day. The Linux Foundation pays Linus around $1.5 million per year to support the software. The foundation has a $50 million operating budget to manage thousands of programmers worldwide who make around 80,000 code fixes and additions in a given year.

Outside of his work on Linux, Linus also created Git, a distributed version control system. In addition, Torvald is recognized as the creator of Subsurface, a scuba dive logging and planning software.

For his contributions to the world of technology, Linus Torvalds was awarded the Millennium Technology Prize in 2012 by Technology Academy Finland. Linus has been celebrated for creating an open-source operating system, and he has won a number of additional awards over the years. Torvalds is still very active in the modern era, and he continues to improve the Linux kernel while working on a number of additional projects.

Linus Benedict Torvalds was born on December 28th of 1969 in Helsinki, Finland. Raised by two journalists in a family of writers and poets, Linus grew up speaking Swedish at home – which is rare in Finland. His parents named him after Linus Pauling, a Nobel Prize-winning chemist.

By the age of 11, Torvalds was playing with early consumer computers such as the Commodore VIC-20. He then purchased a Sinclair QL, which he heavily modified. Among many other things, he altered the computer's operating system considerably. By the 90s, he was writing his own video games – including a Pac-Man clone called "Cool Man." In 1991, he purchased an Intel-based clone of an IBM PC.

After graduating from secondary school, Linus attended the University of Helsinki. In 1996, he graduated with a master's degree in computer science after becoming closely involved with the NODES research group. However, his university education had to be halted for a year in 1989 when he was forced to complete Finland's mandatory military service requirements. He joined the Finnish Navy and eventually reached the rank of second lieutenant.

By the time Torvalds had returned to university, he was already familiar with MINIX, a basic version of Unix. This prompted him to start work on Linux, which resulted in his MSc thesis entitled "Linux: A Portable Operating System." 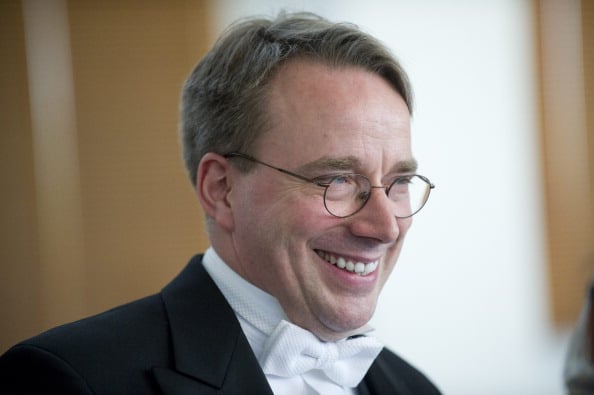 Linus first released Linux to the public in 1991, but the official "Version 1.0" wasn't released until 1994. By this point, Torvalds had used Richard Stallman's GNU General Public License to develop the Linux kernel.

During his time in the United States, Linus got to work on 86open. He proved to be instrumental in helping choose a standard binary format for both Linux and Unix. Over the years, Linus has become a strong proponent of open-source software.

Today, Torvalds has contributed approximately 2% of the Linux kernel code. This is one of the largest contributions of any individual, although others are now stepping in to play a more central role. Torvalds has admitted that he doesn't do much programming anymore for Linux, although he still holds the highest level of authority when it comes to decisions for how new code is implemented into the Linux kernel. In addition, Linus holds the trademark for "Linux."

Linus Torvalds current fortune is mostly due to his late 1990s stock holdings. In 1999, Red Hat and VA Linux – both leading developers of Linux-based software – presented Torvalds with stock options in gratitude for his creation. Also in 1999, both companies went public and Torvalds' share value temporarily shot up to roughly $20 million. Currently, the Linux Foundation sponsors Torvalds as he works full-time on improving Linux.

After meeting Finnish karate champion Tove Torvalds in 1993, Linus married her and had three daughters. His family is mostly settled in the United States, as two of his children were born and raised there.

Linus Torvalds is a well-known agnostic, although he has described himself as an atheist in the past as well. He has been critical of religion in the past, stating that it "detracts from both morals and appreciation of nature." However, one of Linus' most famous quotes is also "Do unto others as you want them to do unto you." Many interpreted this as an endorsement of Christianity, but Torvalds later stressed that he was an agnostic.

Despite his vocal support for open-source software, Torvalds came under fire when he started using and praising BitKeeper software, which provided version control for the Linux kernel. In the face of this criticism, Linus developed a BitKeeper alternative called Git, which is completely free.

Torvalds is also unapologetically argumentative, and some would even call him hostile in the way that he criticizes others. Linus himself has admitted to being a "really unpleasant person," but he claims that this approach is necessary to get his point across. Various developers and programmers have criticized Torvalds for this approach. Linus' conduct was questioned heavily after the Linux Kernel "Code of Conflict" was replaced by a new, Contributor Covenant-based "Code of Conduct." Linus was then forced to apologize for his behavior, and he went back to maintaining the kernel after being confronted by "The New Yorker." 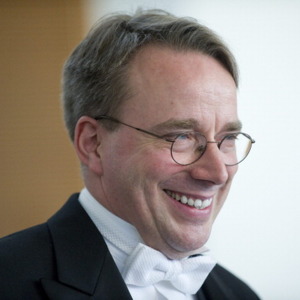