William Barr net worth: William Barr is an American lawyer and government official who has a net worth of $50 million. His most recent Federal asset disclosure listed assets valued at between $25 and $75 million. He earned his fortune during his time working in the private sector for companies like Verizon. When he retired from Verizon he was earned $10 million as a going-away package and was funded $17 million from a pension plan. He is best known for being the 77th and 85th United States Attorney General.

William Barr was born in New York City, New York in May 1950. He is a Republican who graduated from Columbia University and earned his JD from George Washington University. Barr served as the United States Assistant Attorney General for the Office of Legal Counsel from January 1989 to May 1990. From May 1990 to November 1991 he was the 25th United States Deputy Attorney General. William Barr served as United States Attorney General from November 1991 to January 1993 under President George H.W. Bush. He also served in the position starting in February 2019 under President Donald Trump. In 2019 he was held in contempt of Congress for denying subpoenas. He was employed by the Central Intelligence Agency from 1973 to 1977. 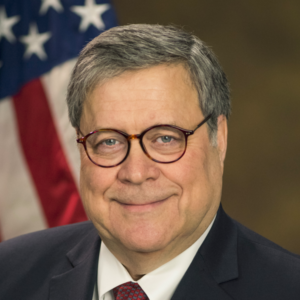