Shannon Bream Net Worth and salary: Shannon Bream is an American journalist who has a net worth of $10 million. She has worked for Fox News since 2007. In 2017 she began hosting the prime time show "Fox News @ Night".

Shannon Noelle DePuy was born on December 23, 1970, in Tallahassee, Florida. Blessed with beauty and wits, in high school Shannon was crowned Miss Florida in 1994. She finished in fourth place at the Miss USA Pageant the following year. In 1996 she earned a Juris Doctorate with honors from Florida State University College of Law. After her graduation Bream moved to Tampa, Florida, where she started a law career mainly working on sexual harassment cases.

In 2000 she took a salary cut to pursue a career in television news. She first did an internship, which led to an entry-level job writing scripts on the overnight shift at the ABC news affiliate in Tampa WFTS-TV. In order to make it work, Bream served as a corporate lawyer by day and an intern at the station by night.

In 2001, she moved to Charlotte, North Carolina, where she was hired to report the evening and late-night news for the CBS affiliate, WBTV. Three years later, Bream joined the NBC affiliate at Washington D.C.'s, where she was a weekend anchor and covered general assignments. At the WRC, she got acquainted with Brit Hume, who was managing editor of the Fox News Washington bureau at the time. With his help, she got the chance to submit tapes to the Fox News Channel. In November 2007, Bream joined Fox News. She has served as the Washington-based correspondent covering the Supreme Court, the anchor of "America's News Headquarters" (Sundays at 12-2PM/ET), and since 2017 the host of the prime time show "Fox News @ Night 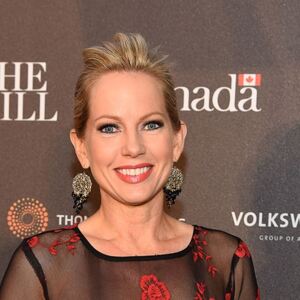