What is Robert Shapiro's Net Worth?

Robert Shapiro is an American celebrity lawyer who has a net worth of $100 million. Robert Shapiro is best known for defending Erik Menendez and O. J. Simpson in the 1990s. As one of many attorneys representing the latter, he helped successfully defend Simpson from charges that he killed his ex-wife and her friend. Later on in his career, Shapiro turned to civil litigation, and co-founded the legal technology company LegalZoom and the online fashion subscription service ShoeDazzle.

Robert Shapiro was born in 1942 in Plainfield, New Jersey to a Jewish family. He later moved to Los Angeles, California, where he attended Hamilton High School and then UCLA. After graduating from the latter with a BS in finance, Shapiro enrolled at Loyola Marymount University's Loyola Law School, earning his JD in 1968. The next year, he was admitted to the State Bar of California.

In 1990, Shapiro took on his most notorious legal case yet when he defended Erik Menendez, who had murdered his parents with his brother Lyle in 1989. When Lyle was arrested, Shapiro arranged the surrender of Erik, who at the time was in Israel for a tennis tournament. Later, Shapiro represented Erik during their first arraignment. The defense was eventually handed over to Leslie Abramson, who represented Erik until the brothers were finally convicted in 1996.

Already associated with O. J. Simpson, Shapiro played a critical role in the football star's murder trial in 1994. He was present at Robert Kardashian's televised press conference exhorting Simpson to turn himself in to the police. Kardashian read a letter from Simpson during the conference, which Shapiro claimed was a suicide note. This led to Shapiro pleading with Simpson to surrender. Following the famous Bronco chase later in the day, Simpson surrendered to the police with Shapiro's help.

Early in the O. J. Simpson murder trial, Shapiro led the defense team known as the "Dream Team," which also included attorneys such as Carl Douglas, Gerald Uelmen, Alan Dershowitz, Peter Neufeld, Barry Scheck, and Johnnie Cochran. After leading the group in the beginning, Shapiro ceded his position to Cochran. Ultimately, the team was able to successfully defend Simpson against the charges that he murdered his wife Nicole Brown Simpson and her friend Ron Goldman. Despite the successful verdict, Shapiro had disapproving words for his fellow attorney Cochran, whom he criticized for bringing race into the trial. Shapiro also criticized F. Lee Bailey, calling him a loose cannon. Following the Simpson trial, Shapiro moved his practice away from criminal defense and toward civil litigation. 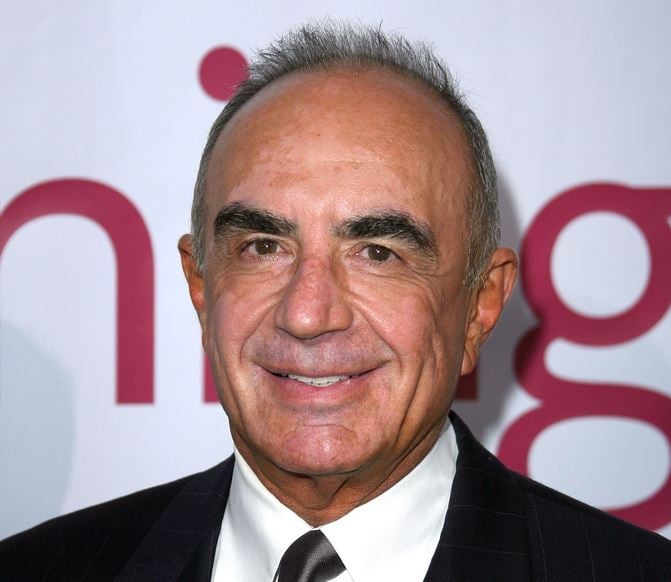 Beyond Menendez and Simpson, Shapiro represented a number of other high-profile figures throughout his legal career. He has defended athletes such as José Canseco, Vince Coleman, and Darryl Strawberry, as well as celebrities such as Linda Lovelace, Johnny Carson, Christian Brando, Eva Longoria, and Rob Kardashian. On the corporate side of things, Shapiro has represented Wynn Resorts, Rockstar, Diamond Resorts International, and Occidental Petroleum Corporation.

As an author, Shapiro has written multiple books focused on the law. One of his titles that gained the most attention was 1998's "The Search for Justice: A Defense Attorney's Brief on the O.J. Simpson Case." In the book, Shapiro expresses that he does not believe Simpson was framed by the LAPD for racial reasons, and believes that the verdict was correct on account of reasonable doubt.

In addition to legal-focused adult books, Shapiro created the character of Somo the Sober Monkey, who appears in the anti-drug children's book "Somo Says No."

In 2001, Shapiro co-founded the online legal technology company LegalZoom with Edward R. Hartman, Brian P. Y. Liu, and Brian S. Lee. The other men, who were not well known at the time, decided to bring Shapiro into their operation to boost their credibility and profile. LegalZoom works by helping customers create legal documents without having to enlist the services of a lawyer. The documents it helps generate include living trusts, copyright registrations, wills, and trademark applications. This effort to provide accessible and affordable legal services without the involvement of traditional lawyers has been seen as disruptive to the legal market.

Beyond the legal world, Shapiro also co-founded the online fashion subscription service ShoeDazzle in 2009; its other founders include M.J. Eng, Kim Kardashian, and fellow LegalZoom co-founder Brian S. Lee. Every month, the company debuts collections of handbags, jewelry, and shoes, and allows members to browse a showroom curated according to their fashion preferences. ShoeDazzle grew significantly between 2011 and 2012, going from three million members to ten million. In 2013, it was acquired by rival online fashion subscription JustFab, but continues to run as a separate brand.

In 1970, Shapiro wed Linell Thomas; they had two sons named Grant and Brent. The latter child passed away from a drug overdose in 2005. In response, Shapiro founded the Brent Shapiro Foundation, a nonprofit dedicated to raising drug awareness. Shapiro serves as chairman of the board of the Foundation; he's also the chair of a rehabilitation facility called Pickford Lofts.