What was Robert Kardashian's Net Worth?

Robert Kardashian was an American attorney and businessman who had a net worth of $30 million at the time of his death, after adjusting for inflation. Robert Kardashian was the first member of the Kardashian family to become famous, and he laid the groundwork for the later success of other members of his family. These include his wife, Kris, and his children; Khloe, Kim Kardashian, Kourtney, and Robert Jr. Before Robert made headlines for his work in the OJ Simpson case, he had experienced a long and successful career in law. He also pursued various business ventures and entrepreneurial projects.

Robert Kardashian was born in Los Angeles on February 22nd of 1944. His great-grandparents were ethnic Armenian immigrants to the United States from present-day Turkey. His family name was originally Kardaschoff, a Russianized version of Kardashian. His parents, Helen and Arthur, started a successful meat-packing company. Robert Kardashian's paternal grandfather started a garbage collection business in Los Angeles and married another ethnic Armenian. Robert grew up in Baldwin Hills with two siblings and attended high school in Los Angeles. Eventually, he attended the University of Southern California, where he first met O.J. Simpson. He served as the waterboy for the football team, for which OJ played. After obtaining a B.S. degree in business administration, Robert Kardashian studied law at the University of San Diego School of Law.

After obtaining his law degree, Robert Kardashian practiced for about a decade. Compared to his later involvement in the OJ Simpson case, this part of Robert's legal career was relatively uneventful. Kardashian would soon turn his attention towards business instead, and in 1973 he co-founded "Radio & Records," a trade publication. He later sold the publication for a considerable profit in 1979.

One of Robert Kardashian's greatest achievements in the world of business was related to the movie industry. He was the first one to come up with the idea of playing music as filler in movie theaters. The idea proved to be profitable, and he started a company called Movie Tunes based on this premise.

Robert Kardashian then connected with his old friend from college, OJ Simpson, to start a frozen yogurt company called Juice, Inc. This strengthened their existing friendship, and the two would continue to engage in many other business projects together. They eventually started a music video production company called Concert Cinema. During this time, the Kardashian family and the Simpson family became extremely close, and a sense of loyalty was established between the two households. OJ was so close to Robert Kardashian that he served as the best man at the latter's wedding.

Involvement in the OJ Simpson Trial

Robert Kardashian's loyalty to OJ Simpson was put to the test in 1994 when OJ's wife Nicole was murdered. Following the murder, OJ stayed at the Kardashian household to avoid attention. Robert was controversially connected to the murder because he was seen carrying a Louis Vuitton bag from OJ's estate. Many have speculated that the bag contained Nicole's bloody clothes and other crucial evidence.

OJ failed to turn himself in, and Robert Kardashian was forced to appear on television to read a note written by OJ. Many assumed it was a suicide note at the time. OJ eventually fled, but he was captured. By the time the trial commenced a year later, Robert Kardashian had reactivated his license to practice law. He joined a legal "dream team" assembled by OJ and served as a volunteer assistant. He sat next to his old friend throughout the trial, and his support was an important factor in OJ's eventual acquittal. 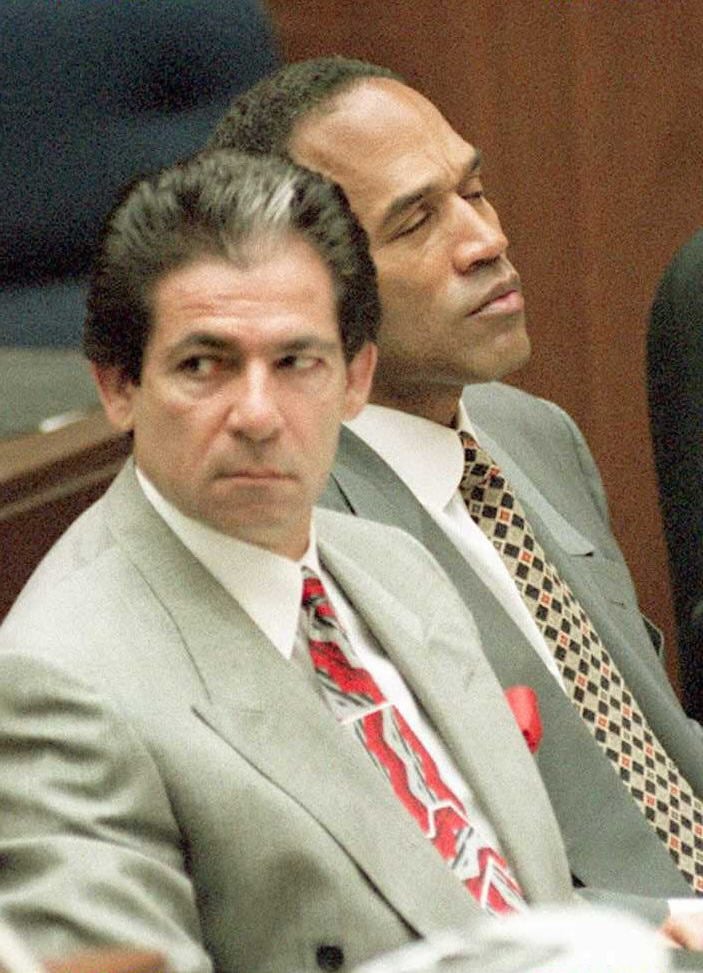 Following the trial, the two friends eventually stopped speaking to each other. The assumption is that Robert Kardashian began to seriously doubt his friend's innocence, and therefore regretted playing a part in the successful legal case. This is supported by later statements made by Rob Kardashian in which he explained the "blood evidence is the biggest thorn in my side."

Robert Kardashian married to Kris Houghton (who would later become known as Kris Jenner) in 1978. A year later, the couple welcomed a daughter named Kourtney into the world. A year after that, Kimberly (Kim) Kardashian was born. The family would eventually expand to include Khloe and Rob. In 1991, the couple divorced after a 13-year marriage. Kris later stated in an autobiography that she had been cheating on Robert with a former professional soccer player named Todd Waterman.

After his marriage ended, Robert Kardashian started dating Denice Shakarian Halicki. Although the pair became engaged for a short time, they eventually split in 1994. Four years later, he married Jan Ashley. Unfortunately, it seems as though Robert Kardashian had never truly recovered from losing his family after the divorce with Kris. His relationship with Jan Ashley soon fell apart, and the marriage ended in annulment. When asked about potential reasons for the split, Ashley stated that Robert Kardashian was extremely upset about how his first marriage had ended.

After splitting with Jan Ashley, Robert Kardashian started dating Ellen Pierson. They continued to have a relationship for three years, and Robert Kardashian proposed in 2001. However, they were not officially wed until 2003 – just six weeks before Robert's passing.

In 2003, Robert Kardashian was diagnosed with esophageal cancer. Just two months after his diagnosis, the disease claimed his life. He was 59. Although his controversial involvement with the OJ Simpson trial placed him in the public spotlight, he inadvertently created a platform from which his daughters could launch their own successful careers. Four years after his passing, Keeping Up With The Kardashians aired for the first time. The show would focus on many members of his family and make his last name recognized throughout the world. 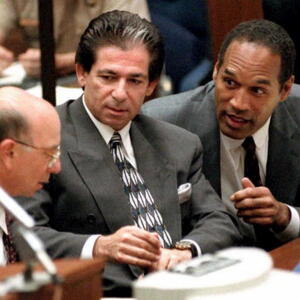