Early Life: Kennedy was born on January 17, 1954 in Washington D.C. He is the third of eleven children by parents Ethel Kennedy and Senator and Attorney General Robert F. Kennedy. He grew up both in McLean, Virginia and Cape Cod, Massachusetts, where the family maintained homes. He attended Georgetown Preparatory School in North Bethesda, Maryland.

When he was 14 years old, his father was assassinated while running for president in the 1968 Democratic presidential primaries. He learned of the news while at school in Maryland and immediately flew to Los Angeles in order to visit his father, who was still alive but wounded. He arrived in time to be with his father at the time of his death and then served at a pallbearer at his funeral.

Career: Kennedy began his career in 1983 as an Assistant District Attorney in Manhattan. He then joined Hudson Riverkeeper in 1984 as an investigator and was promoted to senior attorney in 1985 after he was admitted to the New York bar.

In 1987, Kennedy founded the Environmental Litigation Clinic at Pace University School of Law and served as the clinic's supervising attorney and co-director for three decades. Through the clinic, Kennedy worked with law students on environmental issues, such as forcing waste-water treatment plants into compliance with the Clean Water Act. In a 2010 case, Pace's clinic forced ExxonMobil to clean up tens of millions of gallons of oil from refinery spills in Brooklyn, New York.

In 2000, Kennedy formed the environmental law firm of Kennedy & Madonna, LLP along with fellow attorney Kevin Madonna. The firm focuses on environmental litigation cases. Some of the notable cases they have worked on include representing the Ramapough Mountain Indian Tribe against Ford Motor Company regarding the dumping of toxic waste on tribal lands. They also worked against DuPont in a case involving contamination from a DuPont zinc plant in West Virginia. For his work on the case, Kennedy was one of three finalists nominated as "Trial Lawyer of the Year" by Public Justice. In 2016, Kennedy joined the Morgan & Morgan P.A. law firm as counsel. Other issues that Kennedy has focused on in his legal career include representing poor and minority communities who bear the burden of environmental pollution, indigenous rights cases, and pollution caused by factory farming. He has also been an advocate for transitioning away from fossil fuels towards renewable energy and has been particularly critical of the oil industry.

Outside of his legal career, Kennedy is the chairman of the Children's Health Defense, an advocacy group that argues that exposure to certain chemicals and radiation is the root cause of a number of conditions like autism, food allergies, ADHD, and various autoimmune diseases that affect children. He has been particularly vocal in the anti-vaccine community, often alleging a that there exists a link between various vaccinations and autism. He further vocalized during the 2020 COVID-19 pandemic that he believed a number of government officials and foundations were trying to profit from widespread vaccination against COVID-10. 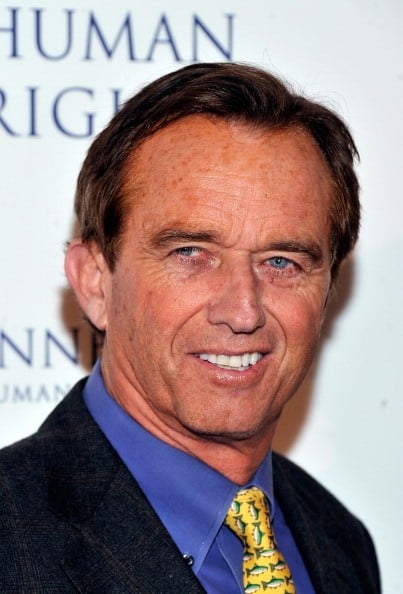 Personal Life: In April of 1982, Kennedy married Emily Ruth Black. The two had met in law school at the University of Virginia. The two had two children during their marriage: Robert Francis Kennedy III and Kathleen Alexandra Kennedy. In 1992, the couple decided to separate and officially divorced in 1994.

In April of 1994, Kennedy married Mary Kathleen Richardson. The ceremony took place on a research vessel on the Hudson River. During their marriage, the couple had four children together: Conor Richardson Kennedy, Kyra LeMoyne Kennedy, William Finbar Kennedy, and Aidan Caohman Kennedy. In 2010, Kennedy filed for divorce from Mary. Two years later, in 2012, Mary was found dead on the grounds of her home in Mount Kisco, New York. Her death was ruled to be a suicide by asphyxiation from hanging.

In April of 2014, Kennedy married actress and director Cheryl Hines at the Kennedy compound in Massachusetts. The two had met via mutual friend Larry David, who knew Hines from his HBO series, "Curb Your Enthusiasm." The two had begun dating in 2012.

Kennedy was involved in a number of controversies throughout his life, having been charged for possession of marijuana and heroin. In 1983, at the age 29, he was arrested in South Dakota at the airport for heroin possession after nearly overdosing on a flight. He was sentenced to two years of probation and 1,500 hours of community service. He then entered a drug treatment center. In 2013, the "New York Post" released excerpts from Kennedy's 2001 diary in which Kennedy described having multiple affairs throughout his marriages.

Kennedy has devoted himself to several hobbies. He is a licensed master falconer and has trained hawks since the age of 11. He also enjoys whitewater kayaking and has undertaken a number of "first-descent" whitewater expeditions around the world. 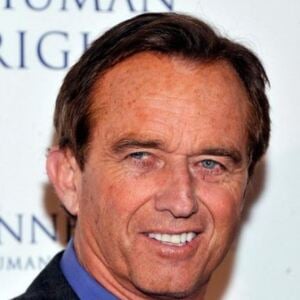