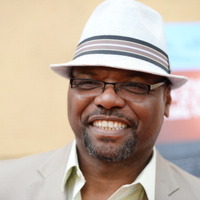 Petri Hawkins-Byrd net worth: Petri Hawkins-Byrd is an American television personality who has a net worth of $3.5 million dollars. Petri Hawkins-Byrd was born in Brooklyn, New York and attended Hostos Community College. He began working as a bailiff in the Brooklyn court system in the early 80s, and then moved to the Family Court in Manhattan. While serving as a bailiff in Manhattan, he began working for Judge Judith Sheindlin. After completing his Criminal Justice degree at John Jay College, he relocated to California with his family to work for the US Marshals Service. After hearing that Judge Sheindlin was going to be featured on her own court show, he wrote her a letter of congratulations. She subsequently called him and invited him to serve as her bailiff on the show. He has become famous all over the United States in his capacity as bailiff on "Judge Judy", and is known for his very expressive face.