Peter Angelos net worth: Peter Angelos is an American trial lawyer and businessman who has a net worth of $2 billion. Peter Angelos was born in Baltimore, Maryland in July 1929. He is the majority owner of the Major League Baseball team the Baltimore Orioles. Angelos graduated from the University of Baltimore School of Law.

He is also a racehorse owner and breeder. He was hired by the state of Maryland in 1996 to represent it in the suit against tobacco companies. Angelos became an attorney in 1961 and founded the Law Office of Peter Angelos. He has served as a member of the Baltimore City Council. Peter Angelos became the principal owner and managing partner of the Baltimore Orioles in 1993. He is a member of the University of Baltimore Law School Advisory Committee. He received the Ellis Island Medal of Honor in 1996 and was named Marylander of the Year in 1988. 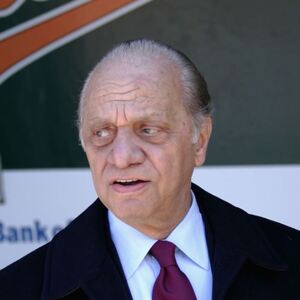