What is Paul Tagliabue's Net Worth?

Paul John Tagliabue was born in Jersey City, New Jersey, on November 24, 1940. He attended Georgetown University on an athletic scholarship and was captain of the basketball team. He served as president of his senior class and was a Rhodes Scholar finalist and Dean's List graduate. Paul went on to graduate from New York University School of Law in 1965. Tagliabue also practiced law with Covington & Burling in Washington, D.C. from 1969 to 1989. 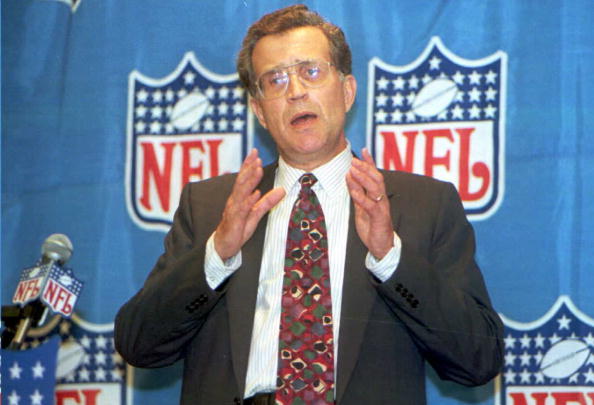 Paul Tagliabue was serving as a lawyer for the NFL when he was selected by the owners to succeed Pete Rozelle as commissioner in 1989. And over his tenure as commissioner, he oversaw many important changes and cemented his legacy with several key moves:

In 1993, it was announced that the league would add new franchises in Charlotte and Jacksonville. The Carolina Panthers and Jacksonville Jaguars would begin play in 1995. Also, after the Cleveland Browns moved to Baltimore to become the Ravens, the Browns were added back to Cleveland in 1999. This technically counted as an expansion team, but they kept the history and name and colors of the team that relocated to Baltimore. And in 2002, the Houston Texans were created bringing the total number of teams from 28 to 32.

Paul Tagliabue started the spring developmental league, the World League of American Football (WLAF), consisting of seven teams in North America and three in Europe. It was unsuccessful in the United States, and it closed down in 1992 after just its second season. But in 1995, it returned as NFL Europe with six teams, all located in Europe. This was later shut down by Tagliabue's successor, Roger Goodell, after the 2007 season. The 1992 Eagle Award from the United States Sports Academy was given to Paul Tagliabue honoring him for his significant contributions to international sport.

Tagliabue oversaw the movement of both Los Angeles franchises with the Raiders returning to Oakland and the Rams relocating to St. Louis. And in 1997, the Houston Oilers moved to Tennessee changing its name from the Oilers to the Titans upon getting a permanent stadium in Nashville.

Just two days after the terrorist attacks on the World Trade Center and Pentagon on September 11, Paul Tagliabue made the call to cancel all games for the upcoming weekend. It was the first time an entire week's worth of games were canceled since the NFL strike of 1987. The postponed games were added to the end of the regular season, and the Super Bowl was moved into February for the first time.

Paul Tagliabue is credited with convincing Saints owner Tom Benson to abandon any idea of moving the team to San Antonio after Hurricane Katrina in 2005. His efforts to return the Saints to Louisiana were made a league priority, and they were successful.

Life After the NFL

After his career as NFL Commissioner, Paul Tagliabue returned to Covington & Burling to serve as senior counsel. And in 2008, Paul was selected as chairman of Georgetown University's board of directors on a three-year term. Tagliabue has been recognized for his work with gay rights group PFLAG and served on the Advisory Board of the Iris Network, a nonprofit blindness rehabilitation agency. In 2012, Tagliabue was appointed by NFL Commissioner Roger Goodell to hear the appeals of the players suspended in the New Orleans Saints bounty scandal. He confirmed Goodell's findings but ultimately overturned all player suspensions. On January 15, 2020, Paul Tagliabue was elected to the Pro Football Hall of Fame Centennial Class of 2021. 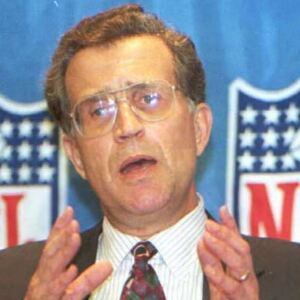