Neil Gorsuch net worth: Neil Gorsuch is an American justice and judge who has a net worth of $2 million. Neil Gorsuch was born in Denver, Colorado in August 1967. He is a Republican who earned his BA from Columbia University, his JD from Harvard University, and his Doctor of Philosophy in Law from University College, Oxford.

Gorsuch assumed the office of Associate Justice of the Supreme Court of the United States in April 2017 after being nominated by President Donald Trump. From August 2006 to April 2017 he served as a Judge of the United States Court of Appeals for the Tenth Circuit after being nominated by President George W. Bush. From 1991 to 1992 he was a clerk for Judge Dave B. Sentelle of the U.S. Court of Appeals for the D.C. Circuit. From 1993 to 1994 he clerked for U.S. Supreme Court Justices Byron White and Anthony Kennedy. Gorsuch practiced privately from 1995 to 2005 and served as Deputy Associate Attorney General at the U.S. Department of Justice from 2005 to 2006. 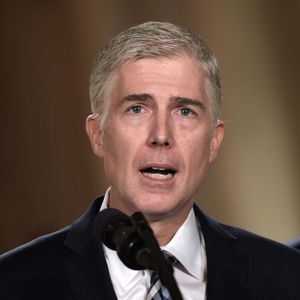