Mike Pompeo net worth and salary: Mike Pompeo is an American politician and attorney who has a net worth of $800 thousand. According to his most recent financial disclosure, Mike Pompeo's net worth ranges from $500 thousand to $800 thousand with his largest single asset being a federal pension that is worth $350 thousand. He earned his pension thanks to five years serving in the Army, six years serving in Congress and his time in the Trump administration. When he was tapped to become Secretary of State, Mike and his wife Susan sold their longtime primary residence in Wichita, Kansas for $726,000.

Mike Pompeo was born in Orange, California in December 1963. He is a Republican who graduated from the U.S. Military Academy and earned his JD from Harvard University. Pompeo served in the United States Army achieving the rank of Captain. From January 2011 to January 2017 he served as a Member of the U.S. House of Representatives from Kansas's 4th district. Pompeo was the 6th Director of the Central Intelligence Agency from January 2017 to April 2018. He became the 70th United States Secretary of State in April 2018. In 1998 he co-founded Thayer Aerospace and in 2006 he sold his interest in the company and became president of Sentry International until he became head of the CIA in 2017. Mike Pompeo has been involved in the impeachment inquiry against President Donald Trump and it has been rumored that he would run for a potential 2020 U.S. Senate bid. 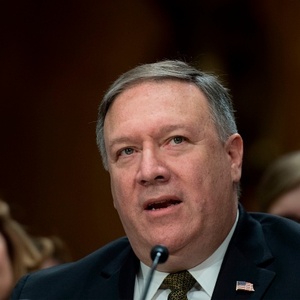