What is Michael Avenatti's net worth and salary?

Michael Avenatti is an American attorney and entrepreneur who has a net worth of $4 million. Michael Avenatti is best known for representing pornographic actress Stormy Daniels and suing President Donald Trump to attempt to void a non-disclosure agreement she signed.

Avenatti has had several famous clients and brought cases against high-ranking business executives as well as the National Football League. He was previously involved in a lawsuit against producers of The Apprentice Donald Trump and Mark Burnett. He is also a race car driver who competed at the 24 Hours of Le Mans in 2015. In 2018 Michael Avenatti turned over footage of a child in the custody of immigration officials to The Rachel Maddow Show.

Michael Avenatti was born in Sacramento, California in February 1971. He graduated from the University of Pennsylvania and earned his JD from George Washington University. He worked at The Research Group which was a political opposition research and media firm.Michael formed the law firm Eagan Avenatti, LLP in 2007 with offices in Newport Beach, San Francisco and Los Angeles. One of his most notable legal wins was the 2017 $454 million verdict he won against Kimberly-Clark and Halyard Health (though, this figure was ultimately reduced to $21.7 million on appeal). He won an $80 million class-action case against Service Corporation International and a $41 million judgement against accounting firm KPMG. In total, the firm won more than $1 billion in verdicts and settlements.

According to the court documents from Michael's 2017 divorce from ex-wife Lisa-Storie Avenatti, the couple's expenses top $65,000 each month. Their payments include a Ferrari Spyder, a Mercedes G-Wagon, a private plane and pilot, restaurants, shopping, entertainment and $12,000 on nannies for their son. They spent $100,000 per month for their home in Newport Beach and $14,000 per month for an apartment in Los Angeles. Their Newport Beach home is estimated to be worth $17 million. In December 2018 it was reported that Avenatti had been forced to sell his Ferrari, five watches and his share in the private jet to pay down $2 million worth of divorce debts. Avenatti called the reports "demonstrably false". 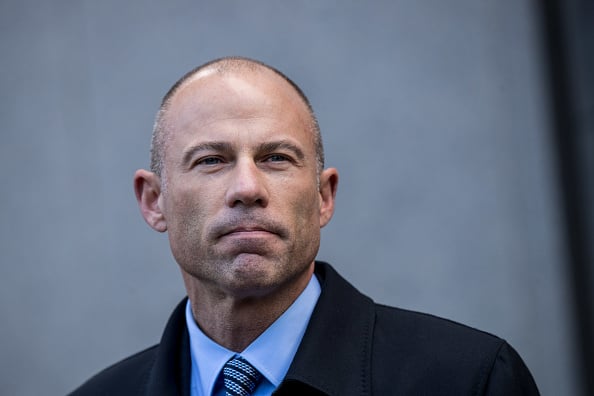 In 2013, Michael Avenatti and actor Patrick Dempsey bought Tully's Coffee out of bankruptcy and attempted to revive the franchise. The two were friends from the racing car circuit. The partnership was ultimately unsuccessful and resulted in a lawsuit between the former partners and 50 lawsuits from unpaid vendors.

In 2018, Avenatti's firm was subjected to a $10 million judgment in U.S. bankruptcy court. The bankruptcy stems from a lawsuit filed by a former partner at Eagan Avenatti who had been promised a $4.8 million payout. Eagan Avenatti LLP filed for bankruptcy looking to avoid those fees plus several million more in unpaid payroll taxes and various other penalties. The former partner filed a motion hoping to get a cut of future fees paid by 54 open cases the firm is handling, including the Stormy Daniels case. In the meantime, Avenatti formed a new lawfirm called Avenatti & Associates which he owns entirely.

On March 25, 2019 Michael Avenatti was arrested by federal law enforcement officers and charged with financial crimes. He allegedly tried to extort $20 million out of Nike. Federal authorities claim that Avenatti told Nike lawyers that he would hold a press conference just before the company's quarterly earnings call to announce allegations of misconduct by employees. He also allegedly demanded that Nike hire him to conduct an internal investigation, at an "enormous" salary. He reportedly told Nike that it could avoid his investigation and bad press by paying a $22.5 million settlement. Furthermore, the Feds accuse Michael of using $1.6 million of client money to cover expenses related to his failed Tully's Coffee business and using false tax returns to obtain $4.1 million worth of loans from a Mississippi bank.

On June 2, 2022 Avenatti was sentenced to a separate four-year prison term related to his conviction earlier in 2022 on wire fraud and aggravated ID theft charges of stealing $300,000 in book advances from Stormy Daniels. When combined with his previous prison sentence, this new sentence tacks on an additional 2.5 years to his incarceration. He was also ordered to pay $148,750 in restitution. 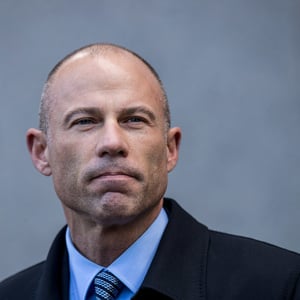