Matt Altman net worth: Matt Altman is an American real estate agent and screenwriter who has a net worth of $25 million. He is best known for being the brother of reality TV series Million Dollar Listing star Josh Altman.

Matt Altman was born in New York, New York. He is the brother of Josh Altman who is best known for starring on the Bravo reality television series Million Dollar Listing. Matt Altman and his brother Josh founded the Altman-Brothers real estate team at the Hilton and Hyland brokerage. The brothers specialize in the Platinum Triangle area of Beverly Hills, Bel Air, and Holmby Hills, California. The Altman Brothers were ranked the #12 real estate team in the United States by the Wall Street Journal. Matt Altman is also a screenwriter who co-wrote the short In 3 Days in 2013. He also co-wrote the film Feed the Devil in 2015 and wrote the short The Quiet in 2019.

Personal Real Estate: In 2019 Matt paid $7.2 million for a mansion in LA's Hancock Park neighborhood. A year later he put it on the market for $9.75 million. In August 2020 Matt Altman paid $7 million for a personal residence in Sherman Oaks, California. 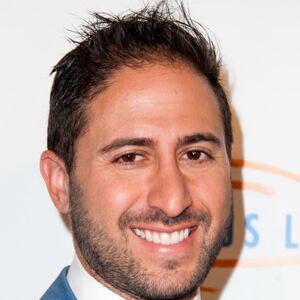