Barry graduated from Mount Holyoke College, Columbia University, and Hofstra University School of Law. Maryanne is the sister of Donald Trump. From 1983 to 1999 she served as a Judge of the United States District Court for the District of New Jersey. Barry served as a Circuit Judge from 1999 to 2011 and was appointed by President Bill Clinton. In 2011 she was appointed as Senior Judge by President Barack Obama. As a member of the Trump family, Maryanne has benefited greatly from her father's real estate empire. The largest family windfall came in 2004 when the Trump siblings decided to sell their father's entire portfolio for $737.9 million. Fred Trump (who died in 1999) left behind a portfolio that included 37 apartment complexes and several shopping centers. Over the previous decades, each of the Trump children earned large annual dividends from their father's empire. 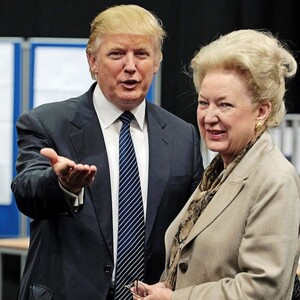