What is Lance Ito's Net Worth?

Lance Ito is a retired American judge who has a net worth of $4 million. He is best known for presiding over the murder trial of O.J. Simpson in 1995 while he served on the bench of the Superior Court of Los Angeles County, California. Ito retired in 2015 after his courtroom was closed in 2012 due to budget cuts. Unlike basically all of the other characters from the trial, Lance Ito never wrote a book about his experiences and has declined all interview and media appearance requests related to the trial. At the peak of the trial, he was arguably one of the most-famous people in the world.

Ito was born on August 2, 1950 in Los Angeles, California. He was born to parents Jim and Toshi Ito, both of whom had been previously kept in internment camps with their families during World War II with other Japanese Americans. He was raised going to church and attended Sunday School at the Mount Hollywood Congregational Church. As a teenager, he attended John Marshall High School, where he excelled both in academics and athletics. He was student body president and also received the Scholar Athlete award in 1968 when he graduated.

Ito joined the Los Angeles district attorney's office in 1977 as one of his early jobs. He worked in the hardcore gang unit, organized crime unit, and terror unit, among others. Ito performed well in his office and was appointed to the Municipal Court as a judge in 1987 by Republican Governor George Deukmejian. He was then elevated to the Superior Court in 1989.

Some of Ito's earliest prominent cases include the Latasha Harlins case in 1991 which involved the death of young Harlins at the hands of convenient store clerk Soon Ja Du. While he was not the judge that presided over the actual trial, he did play a role early on in determining that Soon Ja Du was not a flight risk, denying the district attorney's request to revoke Du's bail.

He also presided over the trial of financier Charles H. Keating Jr. in 1992. Keating was involved in a massive savings and loan scandal involving one of the companies he ran, the Lincoln Savings and Loan Association. He was indicted on various counts having to do with tricking Lincoln's customers into purchasing worthless junk bonds. He was convicted in a trial presided over by Ito on 17 counts of fraud, racketeering, and conspiracy. Ito gave Keating the maximum 10-year sentence. However, the case was overturned some years later on the basis that Ito have given the jury faulty instructions.

Ito's most prominent case came in 1995 when he presided over the murder trial of O.J. Simpson. The trial was highly publicized, given the players involved, and also due to Ito's decision to allow it to be televised, a choice that some criticized. Ito was characterized as enjoyed the press as some points and some have said he appeared to draw out the trial by allowing too many recesses and sidebars.

Ito's involvement in the trial was also controversial given he was married to Margaret York, who had at one point been the superior officer to detective Mark Fuhrman, though not during the time of the O.J. case. Fuhrman was one of the detectives who arrived on the O.J. scene and O.J.'s defense team built their case around trying to show Fuhrman had planted evidence to make O.J. appear guilty. Much of their case centered around proving that Fuhrman was racist towards African Americans, which they attempted to show by playing old tapes of Fuhrman in which he used racial epithets. In some of the tapes, Fuhrman also spoke of York, disparaging her appearance and making remarks about her being a woman. The prosecution had originally requested Ito step down as presiding judge because they were afraid he may be biased against Fuhrman, which would have helped the defense, but they later withdrew that request in fear that there would be a mistrial. Ultimately, Simpson was acquitted of the charges. 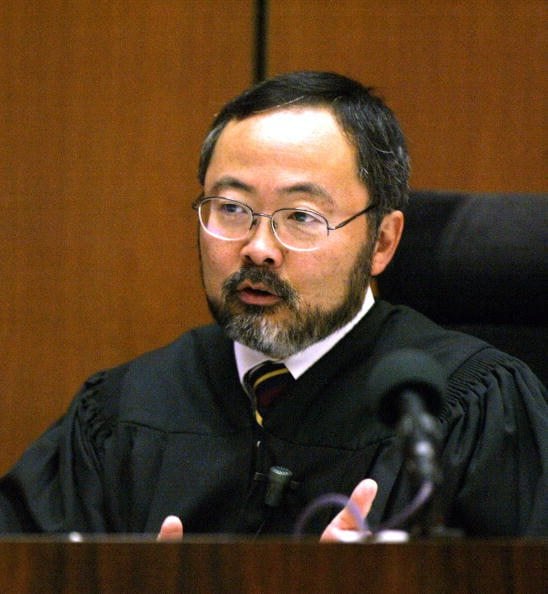 Following the Simpson trial, Ito declined giving any interviews about it, a practice in law with ethical guidelines for judges in California. Because the trial had been televised, Ito was then portrayed in numerous television shows, including "Saturday Night Live," "The Tonight Show with Jay Leno," and "Pinky and the Brain." He was portrayed by actor Kenneth Choi in the 2016 series, "The People vs. O.J. Simpson."

Throughout the rest of his career as a judge, Ito focused on some issues of judicial reform. He worked to increase the number of interpreters available in the court system and worked to better enforce rules designed to protect foreign-national defendants in the court. In 2012, Los Angeles County announced it would be closing Ito's courtroom along with 55 others due to budget cuts. Ito retired a few years later in 2015.

At a murder scene in Eagle Rock, California, Ito met Margaret Ann York, a police officer. The two began dating and eventually married in 1981. York was the first woman to attain the rank of Deputy Chief in the Los Angeles Police Department and was the highest ranking woman officer when she retired in 2002. York and her female partner, Helen Kidder, were the inspiration for the television show, "Cagney & Lacey." Ito and York had two sons during their marriage and remained married until York's death in 2021. 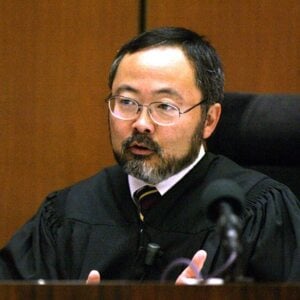