Kurt Rappaport net worth: Kurt Rappaport is an American real estate businessman who has a net worth of $350 million. Rappaport earned his fortune as the co-founder of the Beverly Hills, CA based Westside Estate Agency.

Westside Estate Agency: Kurt studied at the University of Southern California. While in college Kurt supplemented his income by working a part-time real estate job.

In 1999 Kurt and Stephen Shapiro co-founded the Westside Estate Agency. Fast forward to 2006 and their firm was booking $1 billion in annual sales. That same year they expanded their footprint with a Malibu office which proceeded to take off. Rappaport and Shapiro have been ranked as the top two real estate agents in Los Angeles County, according to the Los Angeles Times. Rappaport has represents celebrity clients such as Ellen DeGeneres, Warren Beatty, Annette Bening, Ryan Seacrest, and Larry Ellison.

Personal Life: Kurt has three children with his ex-wife Juliette. In 2017 he married Canadian model Sarah Mutch at his Malibu mansion. They divorced in 2019.

In 2020 Kurt paid $3.7 million for an ultra-rare Honus Wagner baseball card. There are fewer than 60 Honus Wagners in existence, and Kurt's is considered in the top 5 in terms of quality. It's the second-most amount of money paid for a baseball card.

Personal Real Estate: For many years Kurt owned a 22,000 square foot mansion set on 6 aces in Malibu. The house features the longest private pool in California, at 168 feet. In August 2018 he sold this property to Canadian billionaire Daryl Katz for $85 million. At the time this was one of the 10 biggest sales in LA history.

In 2008 Rappaport sold his own home to actor Tom Cruise for $30.5 million. He previously sold a a different mansion in Beverly Hills for $16 million.

According to real estate records, Kurt appears to currently own a $12 million mansion in Malibu which he bought for $7.7 million in 2015. In 2015 he paid $35 million for a mansion in Bel Air. 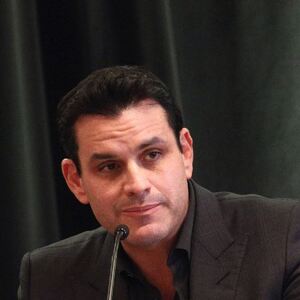