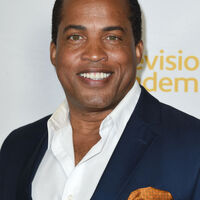 Judge Kevin Ross net worth: Judge Kevin Ross is a former judge, a producer, and a reality television personality who has a net worth of $10 million dollars. Judge Kevin Ross was born in Los Angeles, California, and graduated from Morehouse College with a degree in Political Science. He went on to earn his law degree from Southwestern Law School. He later became a district court attorney and earned a reputation for being a tough prosecutor, especially with regards to gang violence and drug-related offenses. He co-founded The New Leaders, an organization devoted to creating leadership opportunities for African-American teens. He began writing op-ed pieces for various publications and hosting his own radio show in the 90s. He was elected to the Los Angeles Superior Court and served for seven years. He was subsequently removed from office because of his participation in a court television show pilot. He launched his own online program, "The Kevin Ross Show", and was then invited to host, "America's Court with Judge Ross" in 2010.