How much is Joseph Wapner Worth?

Joseph Wapner Net Worth: Joseph Wapner was an American judge and television personality who had a net worth of $15 million. Joseph Wapner was born in Los Angeles, California in November 1919. He graduated from the University of Southern California and USC Law School. Joseph served in World War II and was awarded a Purple Heart and Bronze Star. He served as a judge in the Los Angeles Municipal Court and the Los Angeles County Superior Court. He was President of the California Judges Association from 1975 to 1976. Wapner became the judge on The People's Court TV show. He presided from 1981 to 1993 for over 2,400 episodes. The show resembled a small claims court and did not use lawyers. Wapner became the first star of arbitration-based reality court shows. He returned to TV for a new show Judge Wapner's Animal Court for two seasons in 1998. Wapner returned to the court room in 2009 for his 90th birthday to be a guest judge on The People's Court. He was a national spokesperson for Singer Asset Finance Company, L.L.C. and the Rocket Fizz soda company has a Judge Wapner Root Beer. He has authored two books and appeared in various media. Wapner received a star on the Hollywood Walk of Fame in 2009. Joseph Wapner died on February 26, 2017 at the age of 97. 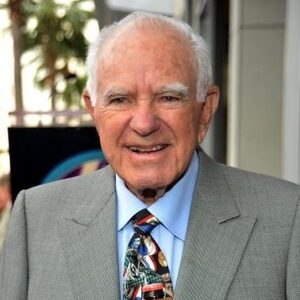