John Tory net worth: John Tory is a Canadian politician who has a net worth of $50 million. He is best known for being the mayor of Toronto. His father and uncle founded what would eventually grow into Torys LLP, one of the largest Canadian-based global law firms.

John Tory was born in Toronto, Ontario, Canada in May 1954. He is an Independent who graduated from Trinity College and Osgoode Hall Law School. Tory served as a member of the Ontario Provincial Parliament for Dufferin-Peel-Wellington-Grey from March 2005 to October 2007. He was the leader of the Progressive Conservative Party of Ontario from September 2004 to March 2009. John Tory was the leader of the Opposition in Ontario from March 2005 to October 2007. In December 2014 he became the 65th Mayor of Toronto. Tory has been a lawyer, businessman, and political strategist. He has hosted a radio talk show on CFRB. Tory served as volunteer chair of the non-profit CivicAction from 2010 to 2014. He received the Queen Elizabeth II Diamond Jubilee Medal. 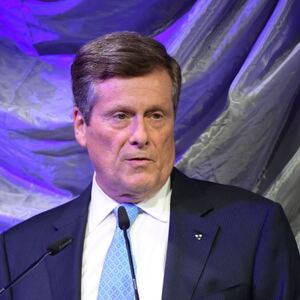