What was John F. Kennedy Jr.'s Net Worth?

John F. Kennedy Jr. was an American lawyer, journalist, and magazine publisher who had a net worth of $100 million at the time of his death in 1999. Technically, his will listed his assets at being worth between $30 and $100 million. His estate eventually paid the heirs of his wife Carolyn Bessette $15 million in compensation for her death.

John F. Kennedy Jr. was born in Washington, D.C. in November 1960 and passed away in July 1999. He was the son of John F. Kennedy and Jacqueline Kennedy Onassis. His father was assassinated just three days before John F. Kennedy Jr.'s third birthday. John F. Kennedy Jr. was a popular social figure in Manhattan and worked as a New York City Assistant District Attorney for nearly four years. He launched George magazine in 1995. He made an appearance in the 1990 film A Matter of Degrees and in an episode of the TV series Murphy Brown. Kennedy married Carolyn Bessette in 1996.

John F. Kennedy Jr. was born on November 25, 1960 in Washington, DC to John and Jacqueline Kennedy, two weeks after his father had been elected President of the United States. His older sister is Caroline, and he also had a younger brother named Patrick who died two days following his premature birth. For the first nearly three years of his life, Kennedy lived in the White House, where he was copiously covered by the media. 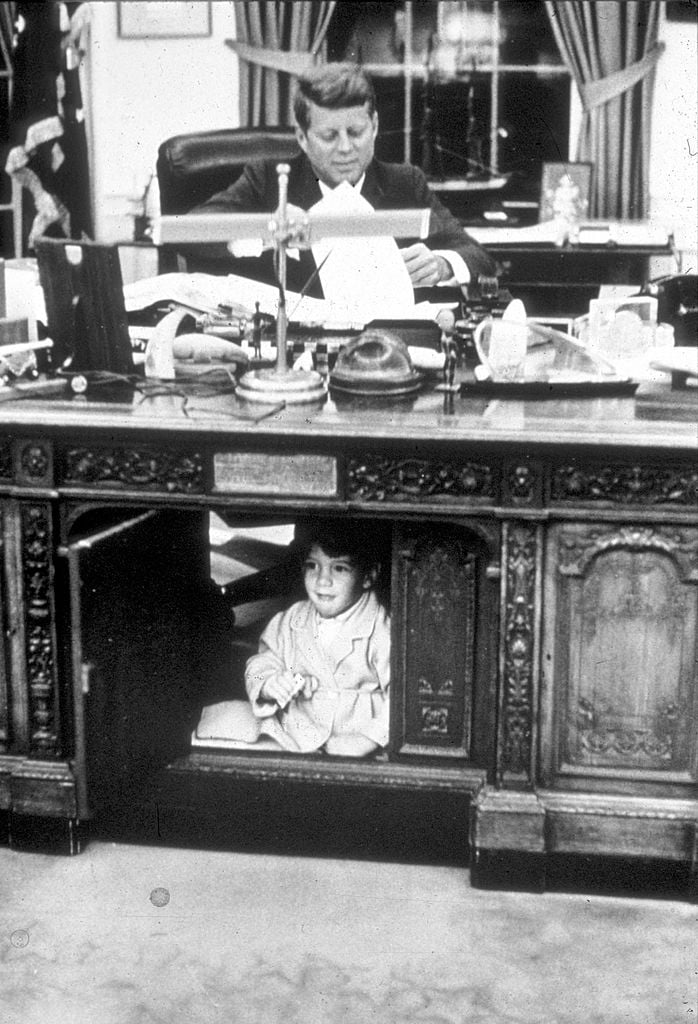 Just before his third birthday in 1963, his father was assassinated. At the state funeral, an image of the young Kennedy saluting the flag-draped casket became an iconic photograph.

Following the assassination, Kennedy moved with his family to a luxury apartment on the Upper East Side of Manhattan. In Manhattan, he attended Saint David's School and then Collegiate School. Later, after Robert F. Kennedy was assassinated in 1968, the family moved outside of the United States to avoid any further harm. Jackie ended up getting remarried to Greek shipping tycoon Aristotle Onassis, with the family living on his private island of Skorpios. Kennedy eventually finished his primary education back in the States at Phillips Academy in Massachusetts. He went on to attend Brown University as an American studies major; at the school, he co-founded a student discussion group that talked about such pressing issues as civil rights and gun control. After earning his degree from Brown, Kennedy did some post-graduation work in India at the University of Delhi. In 1989, he obtained his JD degree from the New York University School of Law.

Kennedy had his first major job from 1984 to 1986, when he worked at the New York City Office of Business Development. In the latter year, he also served as deputy director of the 42nd Street Development Corporation, where he made negotiations with city agencies and developers. Later, in 1988, Kennedy worked as a summer associate at the Los Angeles law firm Manatt, Phelps, Rothenberg & Phillips. The following year, he headed the nonprofit Reaching Up, which worked to help people with disabilities.

After earning his JD, Kennedy twice took and twice failed the New York bar exam. He finally passed on his third attempt, after which time he landed a job as a prosecutor at the Manhattan District Attorney's Office. Kennedy held this position for close to four years. During this time, he also worked as a journalist. 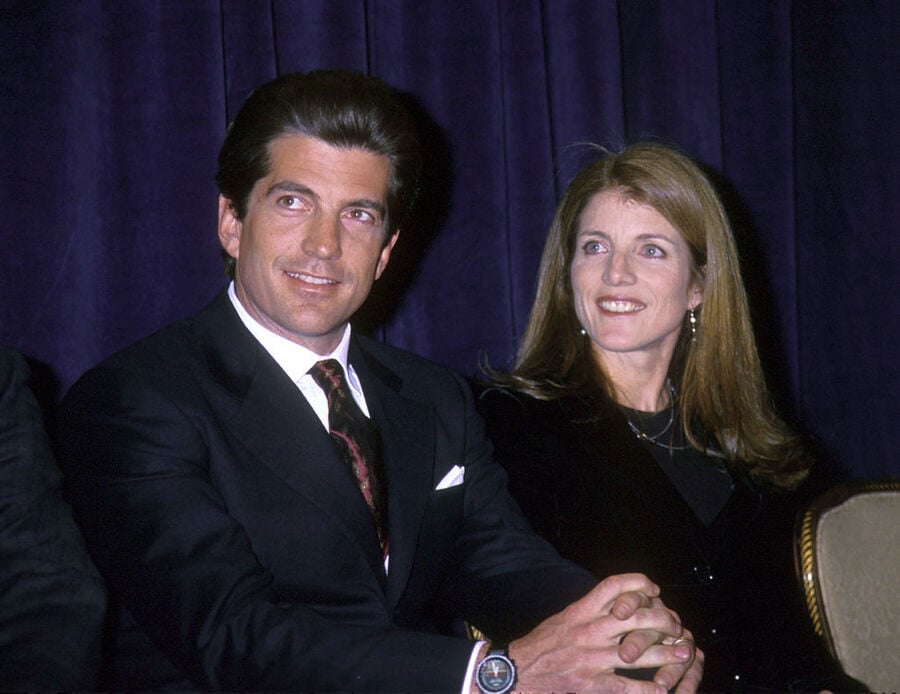 Along with his friend Michael J. Berman, a businessman, Kennedy founded the magazine George in 1995. A glossy monthly publication, it covered both politics-as-lifestyle and fashion, with each issue featuring interviews written by Kennedy. Memorably, the first issue of George boasted a cover image of Cindy Crawford posing as George Washington, something that garnered a fair amount of criticism in the media. Later notable issues included the July 1997 issue, which profiled then-New York City mayor Rudy Giuliani, and the September 1997 issue, which covered the unscrupulous behavior of two of Kennedy's cousins, Joseph and Michael.

George was already on the rocks by 1997, as Kennedy and Berman got entangled in a power struggle filled with numerous screaming matches. Consequently, Berman sold his company shares, and Kennedy took on all the business responsibilities himself. The damage was done, however, and sales of the magazine dropped precipitously. Following Kennedy's death, George was purchased by Hachette; the magazine finally folded in 2001. 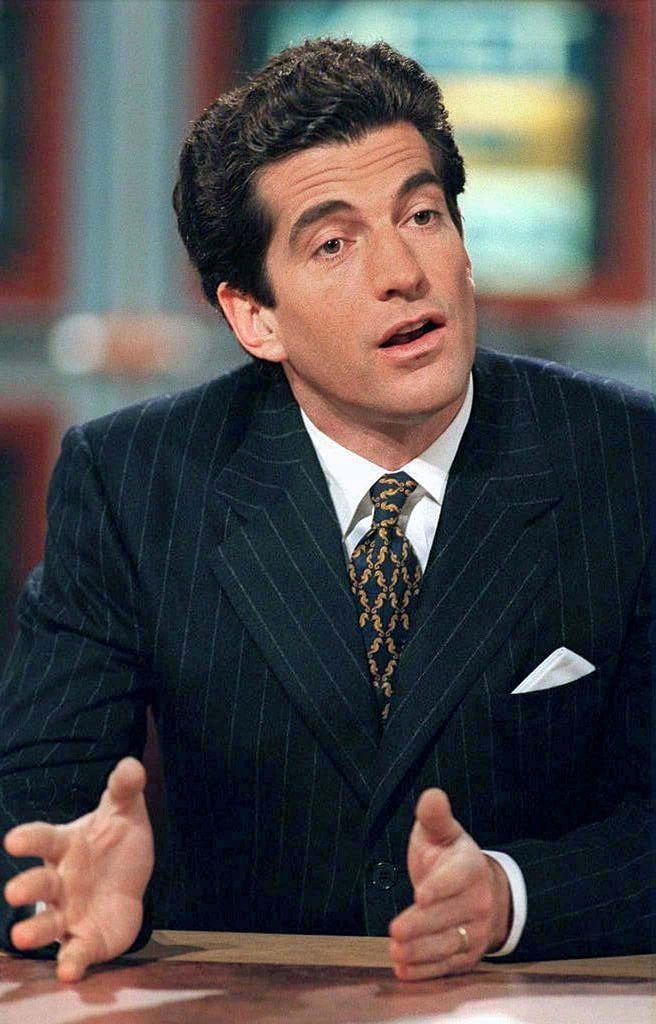 While a student at Brown, Kennedy met and began dating Sally Munro; the two were together for six years. Among his other romantic relationships, he dated actresses Sarah Jessica Parker and Daryl Hannah; models Julie Baker and Cindy Crawford; and his childhood friend Christina Haag. Eventually, Kennedy got engaged to fashion publicist Carolyn Bessette, whom he then married in 1996.

Having received his pilot's license in 1998, Kennedy took off in his Piper Saratoga light aircraft on July 16, 1999 with his wife and sister-in-law in tow. The plane, which was headed to Hyannis Port, Massachusetts from New Jersey, was reported missing when it failed to arrive on schedule. Soon after this, aircraft debris and a black suitcase belonging to Kennedy's wife were recovered from the Atlantic. The search continued until July 21, when the three bodies aboard the plane were found on the ocean floor. They were subsequently cremated, and the ashes were spread off the coast of Martha's Vineyard. 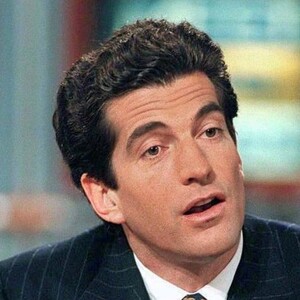