What is Jerry Reinsdorf's net worth?

Jerry Reinsdorf is a lawyer, CPA, and professional sports owner who has a net worth of $2 billion dollars. Jerry Reinsdorf is probably most famous for being the owner of both the Chicago White Sox and the Chicago Bulls. He has been the head of both teams for more than 35 years and has met with both great success and controversy regarding his handling of key team members, most notably Phil Jackson and Michael Jordan.

Jerry M. Reinsdorf was born in Brooklyn, New York in February 1936. As a child he was in the stands on the day Jackie Robinson made his debut with the Brooklyn Dodgers. After attending George Washington University for undergrad he moved to Chicago where he got a job as a CPA/appraiser/mortgage underwriter. He earned a full scholarship to Northwestern University School of Law, graduating in 1960.

His very first job after graduating was for the Internal Revenue Service. The very first case he was assigned to was a tax delinquency case involving Bill Veeck, who owned the White Sox.

In 1964 Jerry went into private practice developing real estate tax shelter for private clients. In 1973 he formed a company called Balcor to invest $650 million in raised capital into commercial real estate. He old Balcor for a $102 million gain in 1982. That's the same as around $270 million in today's dollars.

Reinsdorf and a group of partners purchased the Chicago White Sox in 1981 for $19 million. That's the same as $54 million in today's dollars. In 1983 the White Sox had the best record in Major League Baseball. The White Sox won the 2005 World Series and that boosted the teams value to more than $300 million. Today the White Sox are worth $1.9 billion.

Reinsdorf led a group of investors in purchasing the Chicago Bulls in 1985 for $16 million, the same year a rookie named Michael Jordan was drafted. Thanks almost entirely to Jordan, the Bulls would go on to sell out every home game between November 1987 to 1999.  As of this writing the Chicago Bulls have won six NBA Championships (all in the 90s – thanks to Jordan). Today the Bulls are worth $3.2 billion. 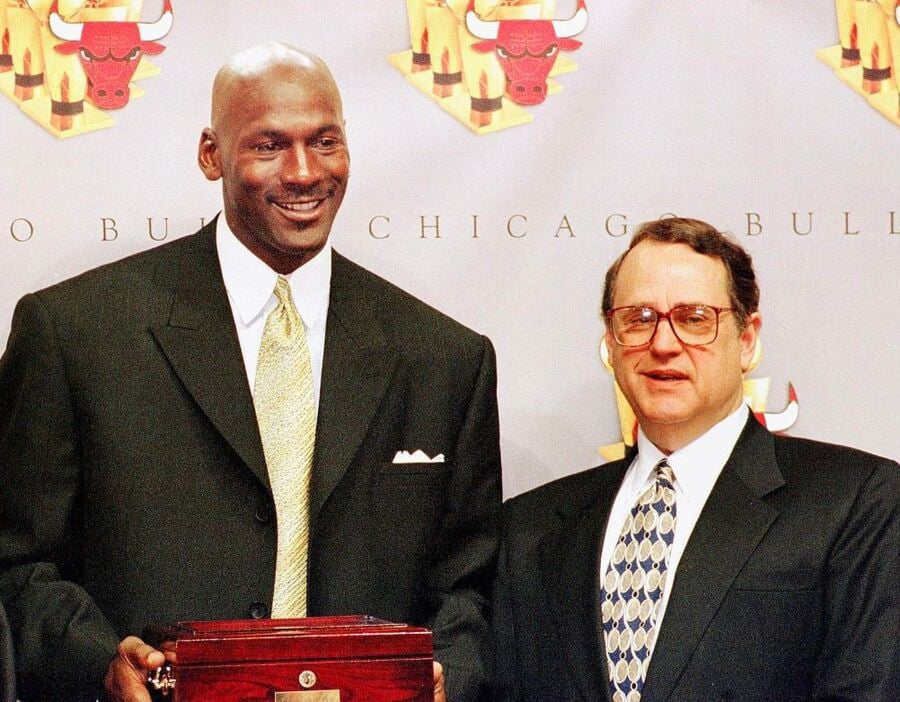 Reinsdorf and team GM Jerry Krause have been criticized in retrospect for not attempting to keep the championship team together following their 1998 win. At the beginning of the 1997-1998 season, Krause reportedly refused to offer coach Phil Jackson a longer term contract. Jordan refused to play for anyone other than Jackson. From their perspective, the players on that team were on their last legs and likely worth more to other teams. So Jerry and Jerry felt it was a win-win to let everyone go and re-build from scratch. Decades later Jordan would complain that he wished he had the chance to go after one more championship.

Michael and Jerry Reisndorf always had an amicable relationship. When Jordan announced his first retirement from the NBA so he could play professional baseball, not only was Jerry supportive he also offered him a minor-league contract with the White Sox. Furthermore, Reinsdorf decided to continue paying Michael his full $3 million NBA salary, as a show of thanks for all that Michael had done for him personally. 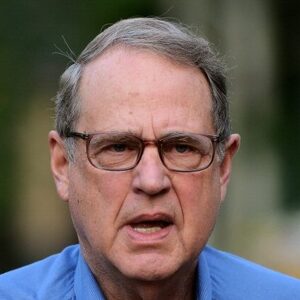