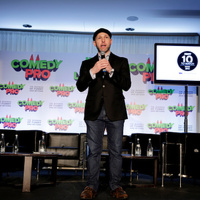 Jeff Cohen net worth: Jeff Cohen is an American attorney and former child actor who has a net worth of $4 million. He is the founding partner of Cohen & Gardner, LLP but is better known for playing "Chunk" in the 1985 Spielberg production, The Goonies. He was born Jeffrey Bertran McMahon on June 25, 1974 in Los Angeles, California. He developed his stage name, Jeffrey Cohen, by using his mother's maiden name. In addition to his work in The Goonies, Cohen also appeared on Child's Play as one of the children describing words to contestants, and in 1985 he appeared as a celebrity on Body Language. His size was the subject of a lot of mockery while playing Chunk in The Goonies, and it compelled him to take up high school football, which helped him lose a considerable amount of weight from his childhood. When puberty hit for Cohen, he went into early retirement from acting and went on to pursue a career in law. Cohen attended the University of California, Berkley and earned a BS in Business Administration in 1996. He used introductions from Goonies director, Richard Donner, to get summer jobs on the business side of movie studios, and from this work chose to pursue a career in law as he uncovered that many of the important figures on the business side of Hollywood had law degrees. He graduated from the UCLA School of Law in 2000 and later became an entertainment attorney in Los Angeles. He founded Cohen & Gardner in Beverly Hills and has achieved great success. He was named one of Hollywood's "Top 35 Executives 35 and Under" and was also named in Variety's "Dealmakers Impact Report" in 2013. As of February 2014, he periodically writes about business, legal, and political matters for the Huffington Post and CNBC.