Gloria Allred Net Worth: Gloria Allred is an American attorney who has a net worth of $20 million dollars. Gloria Allred has gained attention for taking frequently controversial cases. Over her four-decade legal career, she represented numerous clients in suits against celebrities, including ones against Arnold Schwarzenegger, Sacha Baron Cohen, and Tommy Lee. Beyond her work as a lawyer, Allred co-hosted a radio talk show with Mark Taylor on Los Angeles' KABC.

Early Life and Education: Gloria Allred was born as Gloria Bloom in 1941 in Philadelphia, Pennsylvania to a Jewish working-class family. Her mother, the British-born Stella, was a housewife, while her father, Morris, was a salesman. As a teen, Allred went to the Philadelphia High School for Girls. Subsequently, she enrolled at the University of Pennsylvania, graduating with honors with a BA in English. She then started a graduate degree at New York University, where she became interested in the burgeoning civil rights movement. After obtaining her master's, Allred started work as a teacher, and moved to Los Angeles in 1966. There, she worked for the Los Angeles Teachers Association while teaching at Fremont High School and Jordan High School.

In 1968, Allred attended the Southwestern University School of Law, and later transferred to Loyola Marymount University's School of Law. Upon her graduation in 1975, she was admitted to the State Bar of California.

Beginning of Legal Career: In early 1976, Allred founded the firm Allred, Maroko & Goldberg with her fellow Loyola graduates. One of her first major cases came in 1979, when she represented seven children and their parents in a lawsuit against the Sav-On Drugstore chain, trying to stop the store from gender-segregating its toys. Another significant legal moment was in 1981, when Allred presented California State Senator John G. Schmitz with a chastity belt during a hearing on outlawing abortions. After Schmitz insulted her in a subsequent press release, Allred sued him for libel, winning a settlement of $20,000.

In 1987, Allred took on the Friars Club of Beverly Hills, a private show business club that was, at the time, all-male. Targeting its membership discrimination policies, she and five other women were eventually permitted to use the Club's health facilities.

Cases in the 1990s: A major legal triumph for Allred came in 1992, when she wrote a letter to the Senate Ethics Committee urging them to investigate the actions of Oregon Senator Bob Packwood, who had come under fire for sexual misconduct. Due to the pressure she kept on both parties, the Committee eventually voted for Packwood's expulsion, leading to his choice to resign. More high-profile cases followed. In 1995, Allred represented 11-year-old Katrina Yeaw in Yeaw v. Boy Scouts of America, which was launched in order to determine whether the organization had the right to exclude girls. Also in 1995, Allred represented Nicole Brown Simpson's family in the O. J. Simpson murder trial. Two years later, she represented model Kelly Fisher, who was suing Dodi Fayed for breaking their engagement to date Princess Diana. The suit was dropped shortly after Fayed and Diana were killed in a car crash in Paris.

In 1997, Allred had one of her most historically significant successes representing "Melrose Place" actress Hunter Tylo, who sued producer Aaron Spelling for firing her on account of her pregnancy. Allred successfully argued against Spelling, leading the jury to award Tylo $4.8 million. This pivotal case helped establish the rights of actors to continue to work when they become pregnant.

Later Cases: Allred continued to take a myriad of high-profile cases throughout the 2000s and 2010s. Among them, she represented the family of Gwen Araujo, a transgender teen who was beaten to death, and later Amber Frey, a witness in the criminal case against murderer Scott Peterson. In 2004, she took on the case of LGBTQ rights when she and her firm filed a lawsuit in California alleging that it was unconstitutional to deny marriage licenses to same-sex couples. Four years later in the California Supreme Court, Allred won a decision affirming the rights of same-sex couples to marry in the state. 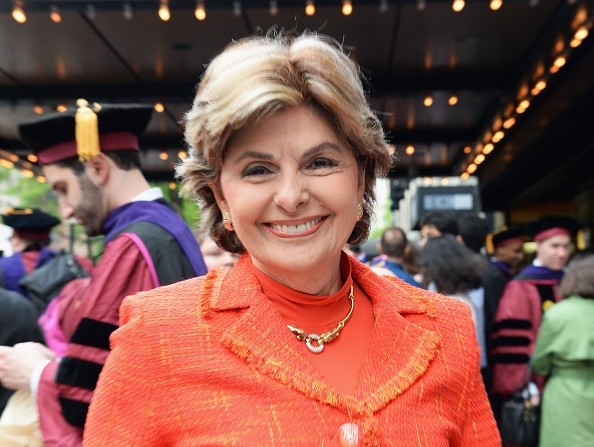 In many of her other cases, Allred has fought against corporate age discrimination, sexual harassment, exploitation, unlawful termination, and the rights of women and LGTBQ individuals. She represented at least 28 women who accused Bill Cosby of sexual assault, and represented three women who came out with sexual abuse allegations against Donald Trump. Additionally, Allred has represented clients in suits against such celebrities as David Boreanaz, Scott Lee Cohen, R Kelly, Arnold Schwarzenegger, and Anthony Weiner.

Media Career: Beyond the legal realm, Allred hosted a radio talk show with Mark Taylor for 14 years on Los Angeles' KABC. In 1990, she was a panelist on a revival of the television game show "To Tell the Truth." Later, in the early 2000s, she appeared as herself in the comedy film "Rat Race." In 2011, Allred began presenting the television court program "We the People with Gloria Allred," which used improv actors to reenact fictitious cases. Among her other media appearances, Allred was on the reality competition show "RuPaul's Drag Race" as an interviewer and advisor to the contestants, and appeared as herself on the comedy series "Graves."

Personal Life: While at the University of Pennsylvania in 1960, Allred met and married her first husband, Peyton Huddleston Bray Jr.; together, they had a daughter, Lisa. Today Lisa, known as Lisa Bloom, is also a famous lawyer. In 1962, the pair divorced. Later, in 1968, Allred wed William Allred, with whom she was with until their divorce in 1987. 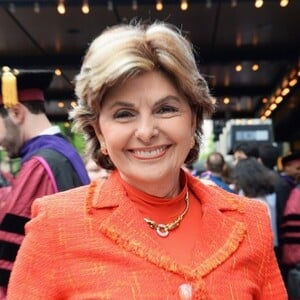