Gerry Spence Net Worth: Gerry Spence is a semi-retired American trial lawyer who has a net worth of $20 million. Spencer has established himself as a successful lawyer who has never lost a jury trial or civil case since 1969. He has authored over a dozen legal books.

He was born Gerald Leonard Spence on January 8, 1929 in Laramie, Wyoming. After graduating from the University of Wyoming Law School in 1952, Spence started his career as a defense attorney, mainly representing insurance companies. But it was the Karen Silkwood case that put Spence on the map attracting international attention. Apart from being a loud critic of plant safety, Karen Silkwood served as a chemical technician at Kerr-McGee plutonium production plant when she lost her life in a car accident under suspicious circumstances. Karen's family accused the plant of exposing her to dangerous levels of plutonium. Represented by Spence, the family won $10.5 million dollars. From that point on Spence quickly landed other high-profile and most of all winning cases that built up his reputation.

Among his top-level cases, there's one that stands out, i.e., a $52 million dollar verdict against McDonald's in favor of a small ice-cream factory. Spence established himself as a lawyer who defends "the poor and the forgotten" against what he dubbed "the new slave master", a term he would use to describe a combination of huge corporations and government. In addition to his wins at court, Spence has given several lectures at major universities and conducted seminars at several legal organizations. Furthermore, he is the founder of "Trial Lawyers College", a non-profit organization which forms lawyers and judges for the defense of the "poor and forgotten" against corporations and governments. His last case was the Fiegeraquital in 2008, after which he decided to retire before turning 80. He has also authored more than a dozen Law-related books. He was awarded with Honorary Doctor of Laws degree in May 1990 by the university he graduated from. Happily married to his longtime wife, Imaging, Spence is the father of six children and grandfather of thirteen grandchildren. 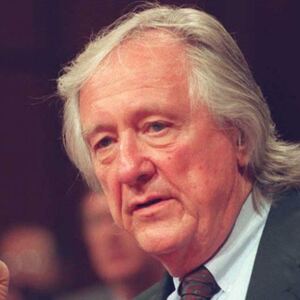