Geraldo Rivera Net Worth: Geraldo Rivera is an American attorney, journalist, author, reporter, and talk show host who has a net worth of $20 million dollars. Geraldo Rivera first rose to prominence in the 70's and 80's, winning awards for his investigative journalism reports on abused patients, John Lennon's death, and Elvis Presley's death. He went on to host a number of talk shows, and is currently the host of Geraldo at Large on Fox.

He was born Gerald Michael Riviera on July 4, 1943, in New York City. His news entertainment career began in 1970 when he was hired as a reporter on WABC-TV. He earned international fame thanks to the eponymous show "Geraldo" which ran from 1987 to 1998.

Two months of the 9/11 attacks in 2001, he jumped over to Fox News. For the next several years Geraldo worked as a war correspondent, reporting from Afghanistan, Iraq, Kuwait and more. He had 22 combat assignments during this period, most of which lasted weeks at a time and put him in very dangerous situations.

From 2009 to 2011 he hosted "Geraldo at Large" on Fox News. He served as a Fox correspondent on various Fox programs for the next decade. Beginning in 2018 Geraldo launched a radio show in Cleveland.

During his career Geraldo Rivera won seven Emmy awards and a Peabody award for his report on abused and neglected mentally retarded patients. As of this writing he has authored eight books. He was a contestant on Dancing with the Stars and The Celebrity Apprentice.

Geraldo has been married five times and has five children. He is currently married to Erica Michelle Levy. They married in 2003. The two have a daughter together, and Geraldo has four other children from previous marriages. In May 2015 Geraldo and Erica paid $5.6 million for an apartment in New York City. They put the apartment up for sale in November 2016 for $7.2 million. They ultimately found a buyer for $6.1 million. He previously owned a smaller unit in the same building that he purchased for $3.4 million in 2011 and sold in 2015 for $3.96 million.

In 2017 Geraldo moved to his wife's hometown of Cleveland where they purchased a $2.8 million 13,000 square-foot mansion. They still own an waterfront vacation home in Edgewater, New Jersey, which they tried to sell in 2015 for $3.75 million, but ultimately removed from the market and still own to this day. 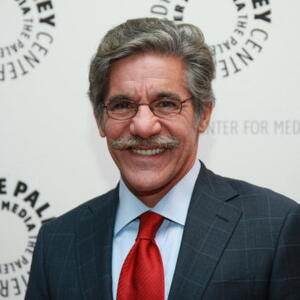