How much is George Conway Worth?

George Conway net worth: George Conway is an American attorney who has a net worth of $39 million. That is a combined net worth with his wife Kellyanne Conway.

George Conway was born in Boston, Massachusetts in September 1963. He married Kellyanne Conway in 2011. Together they have four children including daughter Claudia Conway. Claudia made headlines in August 2020 when she announced her intention to seek emancipation from her parents. The controversies with their daughter are reportedly what caused Kellyanne to step down from her White House role and for George to step away from various anti-Trump projects that he supported.

George Conway graduated from Harvard University and earned his JD from Yale University. He was a Republican before 2018 and became an Independent in 2018. Conway was on the shortlist for the U.S. solicitor general position under President Donald Trump. He was also considered for assistant attorney general heading up the Civil Division of the U.S. Department of Justice. Conway became a vocal Trump critic in 2018 even though his wife worked for the President from 2016 to 2020. George Conway argued the Morrison v. National Australia Bank case before the U.S. Supreme Court in 2010 and the Court ruled in favor of his client.

Financial Details: A financial disclosure released in April 2017 showed that Kellyanne personally earned approximately $900,000 in 2016. The same disclosure estimated that she and George controlled assets valued at between $11 and $44 million.

Real Estate: Kellyanne and George lived in a Trump Tower condo in New York City from 2001 to 2008. During their time in NYC, Kellyanne served on the Trump Tower condo co-op board. In February 2017 they paid just under $8 million for a mansion in Washington D.C.. Back in New Jersey, they still own a $6 million home in the town of Alpine, which is frequently ranked as one of the most expensive zip codes in America. 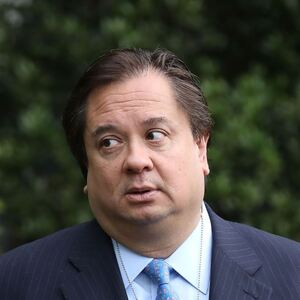