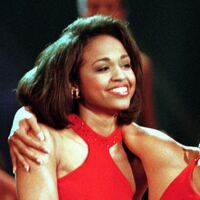 Faith Jenkins net worth: Faith Jenkins is an American television judge, attorney, and legal commentator who has a net worth of $2 million. Faith Jenkins was born in Shreveport, Louisiana and graduated from Louisiana Tech University and Southern University Law School. Jenkins won the Miss Louisiana Tech pageant in 1998 and became the first African-American woman to do so. In 2000 she won the title of Miss Louisiana and competed in the Miss American 2001 competition where she was first runner-up. She worked as a litigator for five years before joining the Manhattan District Attorney's Office as a criminal prosecutor. Jenkins joined MSNBC as a legal analyst in 2014 and has appeared on TV series such as Fox & Friends, Hannity, The O'Reilly Factor, and Your World with Neil Cavuto. Her daytime TV series Judge Faith debuted in 2014 and she started hosting the documentary series Justice By Any Means in 2015.