F Lee Bailey Net Worth: F Lee Bailey was an American attorney who had a net worth of $100 thousand dollars at the time of his death. Bailey was best-known for his participation in the 1990s O.J. Simpson "Dream Team". At one point his personal fortune exceeded $10 million and could have been as much as $20 million. Unfortunately, after a series of personal legal troubles, Bailey was forced to declare bankruptcy in 2016. At the time of that filing he was living in a modest apartment above a hair salon in Maine with his girlfriend. He and declared his 1999 Mercedes as his sole asset.

Early Life: Francis Lee Bailey Jr. was born in Waltham, Massachusetts on June 10, 1933. Bailey studied at Cardigan Mountain School and Kimball Union Academy. After graduating as a member of the class of 1950, Bailey went to Harvard College but dropped out in 1952 to join the U.S. Marine Corps. He earned his aviator wings as a jet fighter pilot in 1954. He was discharged in 1956. In 1957 he was admitted to Boston University Law School where he achieved the highest grade point average in the school's history. F. Lee graduated in 1960, first in his class.

Sam Sheppard Case: His first infamous case involved a doctor named Sam Sheppard who had been convicted of murdering his wife Marilyn in 1954. Sam Sheppard's story would later serve as the inspiration for the television series "The Fugitive," and the 1990s film adaptation starring Harrison Ford.

In the 1960s, Bailey was hired by Sam Sheppard's brother to head up the appeal process. Bailey argued in front of the United States Supreme Court, claiming that Sheppard had been denied due process. He was successful and won a re-trial of Sheppard's case. The re-trial resulted in a not guilty verdict.

Ernest Medina Case: Another notorious case taken on Bailey involved a U.S. Army Captain named Ernest Medina. In 1971 Bailey successfully defended Medina against charges that he allowed men in the company he commanded to to murder non-combatants in the Vietnam War, an incident known as the My Lai Massacre.

O.J. Simpson Case: The O.J. Simpson murder trial was already in progress when Bailey joined the defense team just before preliminary hearings in 1994. Bailey conducted what would later be remembered as a case-defining cross-examination on Detective Mark Fuhrman which involved allegations of racism and police brutality. The Fuhrman testimony had an enormous impact on Simpson's eventual acquittal after a trial that lasted more than eight months.

Claude DuBoc Case: As the Simpson case was being tried, Bailey and fellow Simpson defense lawyer Robert Shapiro represented an accused marijuana dealer named Claude DuBoc. DuBoc eventually agreed to hand over $6 million worth of stock in a company called BioChem to the U.S. Government as part of an asset forfeiture agreement. Interestingly, by the time the stock was set to be handed over to the government, its value had increased from $6 million to more than $20 million. Bailey argued that he was entitled to the appreciation as part of his legal fees. Bailey also claimed he was not able to turn the stock over because he had used it as collateral for loans. By 1996 he had still not handed over the stock and was sent to prison for contempt. He served 44 days at a Federal Correctional Institution in Tallahassee, Florida before finally returning the stock.

Bailey's actions in the DuBoc case ultimately led to his disbarment in Florida in 2001. In 2003 he was ordered to pay $5 million in taxes and penalties related to income connected to the DuBoc BioChem stock. That judgment was eventually thrown out but at one point he still owed as much as $2 million in unpaid taxes to the IRS. 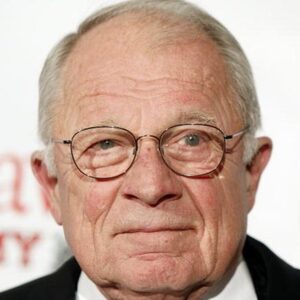