Ed Hochuli net worth and salary: Ed Hochuli is an American lawyer and NFL referee who has a net worth of $6 million dollars. As an NFL ref, he earns an annual salary of $189,000. Born in Milwaukee, Wisconsin, Ed Hochuli grew up in Tuscon, Arizona. He excelled at multiple sports throughout high school, and attended the University of Texas at El Paso, where he played football and graduated with honors.

He subsequently earned his law degree from the University of Arizona in the mid-70s. He began refereeing while in law school to earn extra money, and made the transition from high school games to college games in the mid-80s. In 1990, he was hired to work under renowned referee Howard Roe. In 1992, he got the chance to referee his first pro game. Since then, he has become one of the most popular and recognizable referees in NFL history. He has earned the nickname, "Hochules", due to his large biceps, and has his own line of merchandise. He has refereed for multiple Super Bowls and championship games, and has been chronicled on the NFL Network show, "Six Days to Sunday". 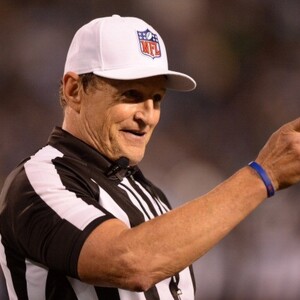