Douglas Emhoff net worth and salary: Douglas Emhoff is an American lawyer who has a net worth of $5 million. According to a financial disclosure form released by Kamala Harris, their family controls assets worth $2.5 to $6 million and roughly $3 million worth of liabilities, mostly in the form of mortgages. Most of their liquid assets are invested in mutual funds and retirement accounts.

Douglas Emhoff was born in New York City, New York in October 1964. He is a litigator at DLA Piper Law Firm. Emhoff graduated from California State University and Gould School of Law. He married Kamala Harris in 2014. Emhoff and Harris are both Democrats and she served as the 27th District Attorney of San Francisco from January 2004 to January 2011. Kamala Harris also served as the 32nd Attorney General of California from January 2011 to January 2017. In January 2017 she became a United States Senator from California. In 2019 she announced her campaign to officially run for the Democratic nomination for the 2020 United States presidential election. Harris graduated from Howard University and the University of California Hastings. Douglas Emhoff was formerly the partner-in-charge at Venable LLP in Los Angeles.

According to her 2015 Congressional finance disclosure, Kamala Harris' net worth was roughly $3.31 million at that point. The vast majority of her net worth is attributable to Douglass. On her own, Kamala has a net worth of roughly $400,000.

Real Estate: Kamala and Doug own three homes that have a combined estimated value of $8 million, before mortgage liabilities. In 2012, two years before they married, Doug Emhoff paid $2.7 million for a home in the Los Angeles neighborhood of Brentwood. Today this home is worth around $5 million based on comparable neighborhood sales.

In 2004, Kamala paid $490,000 for an apartment in San Francisco. That same year she began serving as California's first black District Attorney. Today this property is worth around $1 million. 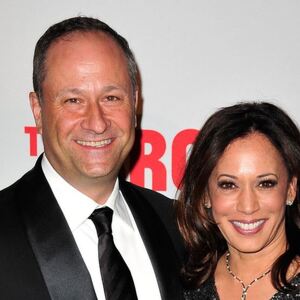