Dominic Barbara net worth: Dominic Barbara is an American attorney who has a net worth of $50 thousand. For many years Barbara was a prominent divorce attorney working out of Long Island, New York. He became well-known after he represented Joey Buttafuoco in the criminal case for the statutory rape of Amy Fisher. He would go on to have a hand in cases involving Jessica Hahn, the secretary who exposed Jim Bakker and Lindsey Lohan's father Michael Lohan. He was a frequent guest on the Howard Stern Show and has also appeared on the TV series Power of Attorney and Larry King Live. Barbara also represented the wife of radio personality Anthony Cumia from the "Opie and Anthony" show during their divorce.

In 2012 Dominic was arrested after allegedly stalking his ex-wife and allegedly trying to extort her out of $200,000. Dominic later revealed that he was homeless, deep in debt, had a drinking problem and painkiller addiction. It was a shocking fall for a guy who once sported $1,000 suits and drove a Bentley. He had apparently been reduced to sleeping on a friend's couch despite legally owning a multi-million dollar waterfront mansion. When his court date came, Dominic represented himself against charges of fourth degree grand larceny, fourth degree stalking and second degree aggravated harassment. He was arrested three times that year.

In 2011 Dominic's law license was suspended after he allegedly failed to refund clients over bad charges.

In 2018, the New York town of Shelter Island was forced to board up a waterfront home owned by Barbara. The home, which Barbara had owned since 1988 had reportedly fallen into such a state of disrepair that it had become both a safety hazard and a major eyesore to neighbors. The New York State Property Maintenance division had deemed the home – which could be worth several million dollars – as unfit for human habitation. 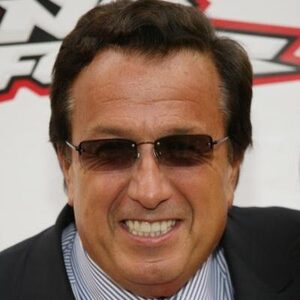