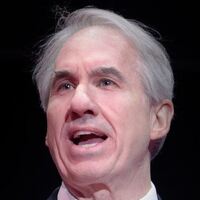 David Limbaugh net worth: David Limbaugh is an American political commentator and author who has a net worth of $10 million. David Limbaugh was born in Cape Girardeau, Missouri in December 1952. He is the younger brother of Rush Limbaugh. David Limbaugh has also worked as a lawyer and a professor. He graduated from Southeast Missouri State University with a B.A. and the University of Missouri with a J.D. He has authored the books Absolute Power: The Legacy of Corruption in the Clinton-Reno Justice Department, Persecution: How Liberals are Waging War Against Christians, Bankrupt: The Intellectual and Moral Bankruptcy of Today's Democratic Party, Crimes Against Lefty: An Indictment of President Barack Obama, The Great Destroyer: Barack Obama's War on the Republic, Jesus on Trial: A Lawyer Affirms the Truth of the Gospel, The Emmaus Code: Finding Jesus in the Old Testament, and The True Jesus: Uncovering the Divinity of Christ in the Gospels.