David Falk Net Worth: David Falk is an American sports agent who has a net worth of $50 million. In his productive career, Falk has represented big names in pro basketball (Michael Jordan being one of them) and has been regarded one of the driving forces of modern NBA.

A New York-native, he was born in 1950 to a middle-class Jewish family. Highly influenced by his "perfectionist" and New York Knicks fan mother, Falk turned into a very ambitious and determined young man. Once he took a degree in Economics from the Syracuse University in 1972, he went on to earn a J.D. with honors from the George Washington University Law School. After representing professional athletes for seventeen years, Falk created FAME (Falk Associates Management enterprises) in 1992. It is linked with Warner Bros. to create the licensing company WB Sports. David Falk is still best known for representing Michael Jordan for the entire of his career. In total, Falk has represented more than 100 other NBA players who helped him become the most influential player agent the NBA has ever seen. Having represented 40 players at a time in his career peak in the 1990s, Falk was also the man to secure some of the highest-paid NBA contracts for Patrick Ewing and Danny Ferry. Today, he still serves as FAME's founder and CEO. Away from the basketball pitch, he is a husband and father of two. 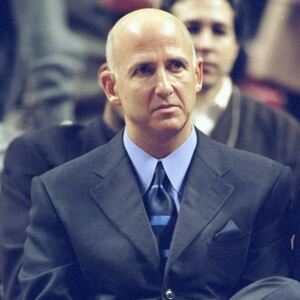