What Is David Boies' Net Worth?

David Boies is an American lawyer, author and film producer who has a net worth of $50 million. David Boies is the chairman of the New York City-based law firm Boies, Schiller & Flexner LLP, and he sits on the Board of Trustees of the National Constitution Center in Philadelphia.

David has been involved in several notable cases, including defending IBM against the Justice Department, representing the Justice Department against Microsoft, representing George Steinbrenner against Major League Baseball, representing Al Gore against George W. Bush, defending Napster against the RIAA, representing Andrew Fastow of Enron, and representing the National Basketball Players Association in the 2011 NBA lockout. Boies has authored the books "Courting Justice: From New York Yankees vs. Major League Baseball to Bush vs. Gore, 1997–2000" (2004) and "Redeeming the Dream: The Case for Marriage Equality" (2014), and he has served as a producer on films such as "Won't You Be My Neighbor?" (2018), "The Social Dilemma" (2020), and "The Starling" (2021). In 2000, Boies was named "Lawyer of the Year" by "Time" magazine.

In recent years David Boies has earned a fair amount of criticism for representing and protecting a number of controversial figures, notably Harvey Weinstein and Theranos founder Elizabeth Holmes. For both clients Boies and his firm was accused of acting as a bully while Weinstein sexually assaulted women and Holmes perpetuated a massive fraud. Boies negotiated a number of victim settlements on behalf of Weinstein while also accepting many invitations from the disgraced producer to attend celebrity events. Weinstein also arranged for one of Boies' daughters to appear in the film "Silver Linings Playbook" and distributed a film the daughter produced.

For Holmes, Boies and his firm bullied journalists and Theranos employees, threatening litigation and causing at least one target to spend hundreds of thousands of dollars in legal fees fending off Boies and Theranos. When Wall Street Journal reporter John Carreyou was planning to publish a scathing take-down of Theranos, Boies personally wrote a 23-page letter to the paper about the article in which he demanded the paper and the reporter save all their notes as they "would doubtless be highly relevant in any lawsuit." Boies would later claim that the letter was not a threat and that he would have acted differently had he known Holmes was orchestrating a fraud that cost investors hundreds of millions of dollars and risked the health of everyday people.

David Boies was born on March 11, 1941, in Sycamore, Illinois. He is the son of two teachers, and he grew up in a farming community with four siblings. David got his first job, a paper route, at the age of 10. The family relocated to California in 1954, and Boies attended Fullerton Union High School. After graduation, he spent two years at the University of Redlands, and in 1964, he earned a Bachelor of Science degree from Northwestern University. David went on to graduate magna cum laude from Yale Law School with a Juris Doctor degree in 1966, then he earned a Master of Laws degree from the New York University School of Law the following year. In 2000, Boies received an honorary Doctor of Laws degree from the University of Redlands.

After graduating from law school, David took a job as an attorney at Cravath, Swaine & Moore, and in 1973, he became a partner at the firm. He left in 1997 after one of the firm's major clients objected to Boies representing the New York Yankees, and he started his own law firm with Jonathan Schiller. The firm is now called Boies, Schiller & Flexner LLP, and in 2019, it was ranked #23 on Vault.com's "Vault Law 100" list, #7 on its "Best Law Firms for Appellate Litigation" list, and #8 on its "Best Law Firms for General Commercial Litigation" list.

In some years the firm has generated more than $100 million in billings. The firm's average profits per partner in recent years has been north of $3 million.

In 2000, David represented the file-sharing company Napster in a music copyright case and lost; Napster subsequently went into bankruptcy. In the 2001 case "United States v. Microsoft Corp.," Boies represented the Justice Department and won at trial. "Washington Monthly" referred to David as "a brilliant trial lawyer" and "a mad genius" as a result of this trial. After the 2000 presidential election, he represented Al Gore in the case "Bush v. Gore," and when an HBO movie, "Recount," was made about the election and trial, Boies was portrayed by Ed Begley Jr. David negotiated on American Express' behalf in two civil antitrust cases, netting the company $1.8 billion and $2.25 billion from MasterCard and Visa, respectively. 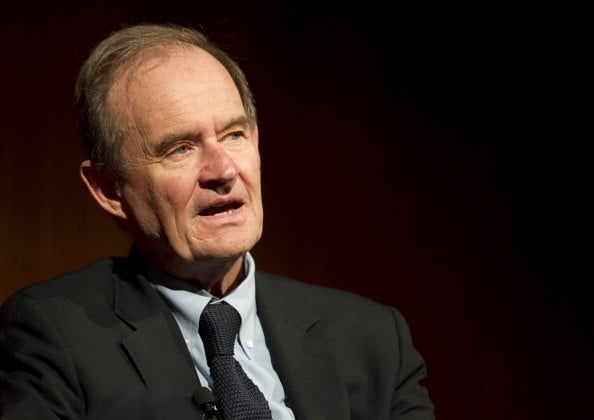 Other high-profile cases Boies has been involved in include representing Michael Moore when the Treasury Department investigated his trip to Cuba during the filming of the 2007 documentary "Sicko," representing the NFL in an antitrust case against Tom Brady, and representing the tobacco companies Philip Morris USA Inc., Liggett Group LLC, and R.J. Reynolds Tobacco Co. in an appeal over the death of cigarette smoker Charlotte Douglas. David and former U.S. Solicitor General Theodore Olson represented two same-sex couples in a case seeking to overturn California's Prop 8, which banned same-sex marriage in the state, and in August 2010, a judge ruled that the ban was unconstitutional.

In 2016, Boies agreed to serve as the attorney for Elizabeth Holmes' company Theranos, a Silicon Valley startup, and sit on the company's board of directors. The 2022 miniseries "The Dropout" was about Theranos, and Kurtwood Smith portrayed David.

For his work at Theranos, Boies was awarded 400,000 company shares. At the company's peak valuation, those shares were worth $7 million pre-tax.

David was married to Caryl Louise Elwell from 1959 to 1963 and Judith Lynn Daynard from 1966 to 1974. Boies has been married to fellow attorney Mary Ann McInnis since August  21, 1982, and he has six children. David is dyslexic and didn't learn how to read until he was in the third grade. He reportedly has a photographic memory that makes it possible for him to recite exact text, legal exhibits, and page numbers. Boies owns the Hawk and Horse Vineyards in Lower Lake, California, which is CCOF Organic certified and DEMETER BIODYNAMIC certified.

The Boies established the Mary and David Boies Fellowship, which "provides assistance to students from Afghanistan, Iraq, Israel, Palestine and the former Soviet Union countries in Central Asia" at the Harvard Kennedy School, and they are supporters of the Central European and Eurasian Law Institute. They host an annual picnic for New York City's new Teach for America corps at their home, and they donated $5 million to New York's Northern Westchester Hospital. There is a position at the New York University School of Law called the "David Boies Professor of Law" and David donated $1.5 million to establish the "David Boies Distinguished Chair in Law" at the Tulane University Law School, the alma mater of two of his children. The Yale Law School has a position known as the "David Boies Chair," and David and Mary established the "Maurice Greenberg Chair" there as well. The couple also endowed a chair at Boies' alma mater, the University of Redlands.

In 2014, the American Academy of Achievement honored David with the Golden Plate Award, which is given to "men and women of exceptional accomplishment in the sciences, the professions, business, industry, arts, literature, sports, entertainment, and public service." In 2019, he won a Christopher Award as an executive producer of the documentary "Won't You Be My Neighbor?"

In 2013, David and Mary bought a 2,175 square foot Malibu home from Mary's aunt and uncle. They renovated the home but never lived in it, and in October 2020, they put the three-bedroom, 3.5-bathroom home on the market for $4.75 million. The home was built in 1968, and the listing described it as "beach living with the sophistication of modern architecture."

In late 2020, the couple listed their Northern California ranch, which sits on 1,100 acres, for $23 million. He ultimately lowered the price to $18 million but still has not found a buyer as of this writing. David and his wife bought the most-undeveloped property in the 1990s and proceeded to build six structures. Here is a video tour: