How much is Dan Abrams Worth?

Dan Abrams net worth and salary: Dan Abrams is an American web entrepreneur and television personality who has a net worth of $25 million. Dan Abrams was born in Manhattan, New York. His father Floyd Abrams is an expert on constitutional law who has written many briefs for the Supreme Court. His sister Ronnie Abrams is a US District Judge in the Southern District of New York. She was nominated by Barack Obama. Dan Abrams is the chief legal affairs anchor for ABC News, among many occuptions. He is also known for hosting the television series "Live PD" and "60 Days In" for A&E. Abrams was an anchor for the TV series Nightline until 2014. He was the general manager of MSNBC and the chief legal correspondent and analyst for NBC News.

Dan Abrams first worked for Court TV covering the OJ Simpson case as well as the trials of Dr. Jack Kevorkian. He launched the news site Mediaite in 2009 and then launched the site Gossip Cop. He has also been involved with Geekosystem, Styleite, SportsGrid, The Mary Sue, The Braiser, Law & Crime, and more. He authored the book Man Down: Proof Beyond a Reasonable Doubt That Women Are Better Cops, Drivers, Gamblers, Spies, World Leaders, Beer Tasters, Hedge Fund Managers, and Just About Everything Else in 2010 and Lincoln's Last Trial: The Murder Case That Propelled Him to the Presidency in 2018. Abrams co-owns a restaurant called The Lion in New York City. 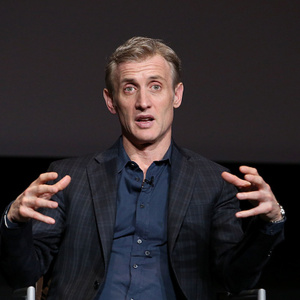