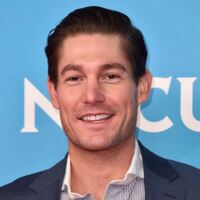 Craig Conover net worth and salary: Craig Conover is an American lawyer and reality television star who has a net worth of $400 thousand. Craig Conover is best known for his role on the hit Bravo television series, Southern Charm. Southern Charm follows six Southern socialites who are enjoying the southern lifestyle. Craig is a native of Fenwick Island, Delaware. For a time he was working in Charleston as a law clerk at Akim Anastopoulo Law Firm, a prominent personal injury firm. He was fired from that job. Craig graduated from the College of Charleston with a bachelor's degree in Finance and was accepted to Charleston School of Law. He grew up very athletic and intended to play baseball in college until he injured his elbow. He comes from an incredibly athletic family as his brother was an all-American soccer player at Roanoke College, his father was an all-American lacrosse player at Salisbury University, and him mother was a champion gymnast. When he is not working or relaxing with his friends, Greg works at a charitable organization as a Guardian Ad Litem that helps underprivileged children and their families. In this role, Craig helps represent children who social services have removed from their homes and taken from their parents either because they were abused or neglected. For his work on Southern Charm, he makes $25,000 per episode.