Clay Travis Net Worth and Salary: Clay Travis is an American lawyer, author, entrepreneur and radio host who has a net worth of $10 million. Clay Travis is best-known for being the founder of sports media site OutKick. In May 2021 it was announced that Clay and Buck Sexton would take over Rush Limbaugh's radio show on Premiere Networks.

Career: After earning his law degree, Clay actually began practicing in the U.S. Virgin Islands. While living abroad in 2004 he gained national attention for what became known as the "pudding strike." Frustrated that he couldn't watch NFL Sunday Ticket through his DirecTV account, he began eating only pudding every day for 50 days. His goal was to force DirecTV to carry the sports package in the Virgin Islands. The pudding strike was not successful but he earned Clay significant media attention.

In 2005 he began writing for CBS Sports' website. The following year he stopped practicing law so he could focus entirely on sports writing.

He left CBS for Deadspin and then became a national columnist at FanHouse.

OutKick: In 2011 FanHouse and Sporting News merged. At that point he left to found Outkickthecoverage.com which soon became one of the most-visited college football sites online.

Radio and TV Career: Clay started out in radio with a show on a local Nashville station.

In 2015 he signed a deal with Fox Sports to bring his entire media empire, including Outkick, under the Fox umbrella. 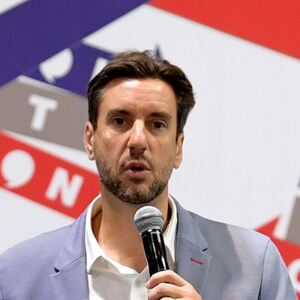