Brian Sullivan net worth: Brian Sullivan is an American news anchor and business journalist who has a net worth of $4 million. Brian Sullivan was born in Los Angeles, California in July 1971. He is the anchor of the television series Worldwide Exchange on CNBC as well as the Senior National Correspondent for the network.

Williams co-hosted the TV series Power Lunch and Street Signs for CNBC. He previously worked at Bloomberg Television for 12 years and Fox Business Network for 3 years as a producer, reporter, and anchor. He was nominated for Loeb Awards for the 2013 documentary America's Gun: Rise of the AR-15 and the 2007 special Subprime Shockwaves. Sullivan often appears on the MSNBC series Morning Joe and has appeared on NBC Sports and reported from the Winter Olympics in Sochi, Russia. Before joining Bloomberg he was a chemical commodities trader and earned his law degree from Brooklyn Law School. 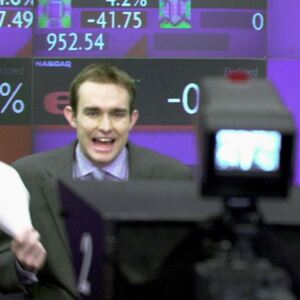