Bernice King net worth: Bernice King is an American Baptist minister who has a net worth of $1.5 million dollars. Bernice King was born in Atlanta, Georgia, and is one of Martin Luther King, Jr., and Coretta Scott King's children. She went on to graduate from Spelman College with a degree in Psychology, and then decided to follow in her late father's footsteps, earning her Master's in Divinity from the Chandler School of Theology.

She also earned her law degree from Emory University School of Law. She became President of the Southern Christian Leadership Conference in 2009. Her father and her brother both served as the previous Presidents. However, there was a great deal of controversy regarding the direction and mission of the organization, and she stepped down in 2011. Her relationship with the rest of the King family has become quite contentious over the years, as she has become the most public, and vocal, of the remaining living family members. 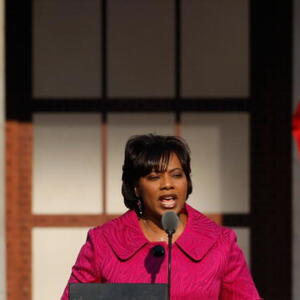