Arn Tellem Net Worth and salary: Arn Tellem is an American sports agent who has a net worth of $40 million. Arn Tellem was born in Philadelphia, Pennsylvania in February 1954. Arn graduated from Haverford College and the University of Michigan Law School. He started his career out as an attorney for the law firm Manatt, Phelps, Rothernberg & Tunney.

Tellem specialized in sports law and commercial litigation and then became a partner with the firm. He started to represent baseball players and served for six seasons as general counsel of the San Diego Clippers. Tellem was instrumental in helping the Clippers move to Los Angeles in 1984. He started Tellem and Associates in 1989 and the agency was purchased by SFX Entertainment in 1999. Wasserman Media Group acquired Tellem's NBA and MLB player representation practices in 2006. Tellem became the president of WMG Management and brought along his client base of nearly 50 NBA and 50 MLB clients which included Tracy McGrady, Paul Gasol, Jermaine O'Neal, Jason Giambi, Hideki Matsui, Mike Mussina, and Nomar Garciaparra. Am wrote a semi-weekly sports column for The Huffington Post and has also written for Sports Illustrated, The New York Times, and The Japan Times. He helped Jason Giambi earn a $120 million contract and Jermaine O'Neal earn a $126 million deal. He is part owner of Israel's Hapoel Jerusalem B.C. basketball team. Am is married to entertainment and digital media president of Microsoft Nancy Tellem. 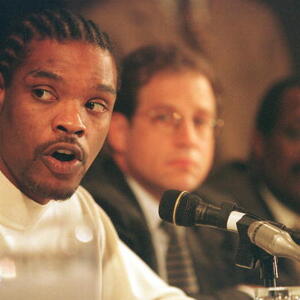